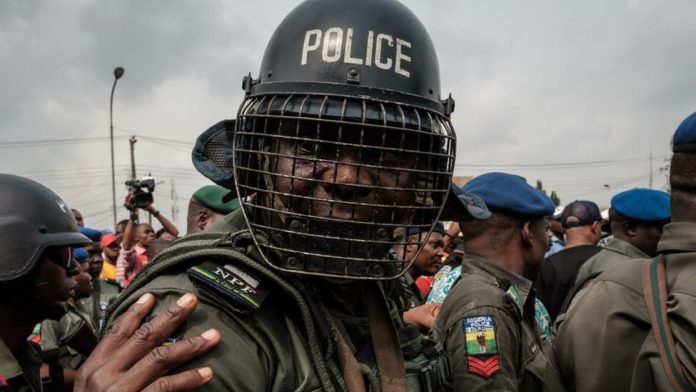 It was learnt that the suspect killed Kate over a N50,000 debt he’s owing for clothes she sold to him. Notably, the deceased was a dealer in clothes, according to a source who wished to remain anonymous.

In addition, the source said: “She used to sell clothes. The suspect was owing her N50,000 and she went to get the money from him yesterday (Thursday).”

“No one heard from her until this Friday morning when her mother went looking for her at the man’s house and saw the shallow grave, that’s when she raised the alarm.”

According to Bayelsa State Police Command’s report, after strangling his lover to death, Joseph allegedly buried her remains in a shallow grave in his bedroom.

According to the statement from the state’s police public relations officer, Asinim Butswat; the culprit was apprehended on July 29, 2022, at around 8am, as a result of a tip off from neighbours.

The statement read “Joseph Fekala, 27 years of Ikibiri Community, but residing at Okaka, strangled one Kate Ogwoh, f, 26 years to death on 28th July 2022. He buried the deceased in a shallow grave in his bedroom.”

“The suspect was arrested following a tip-off by neighbours on 29 July 2022, at about 0800 hours. He is being detained at the State Criminal Investigation Department. The investigation is ongoing.”