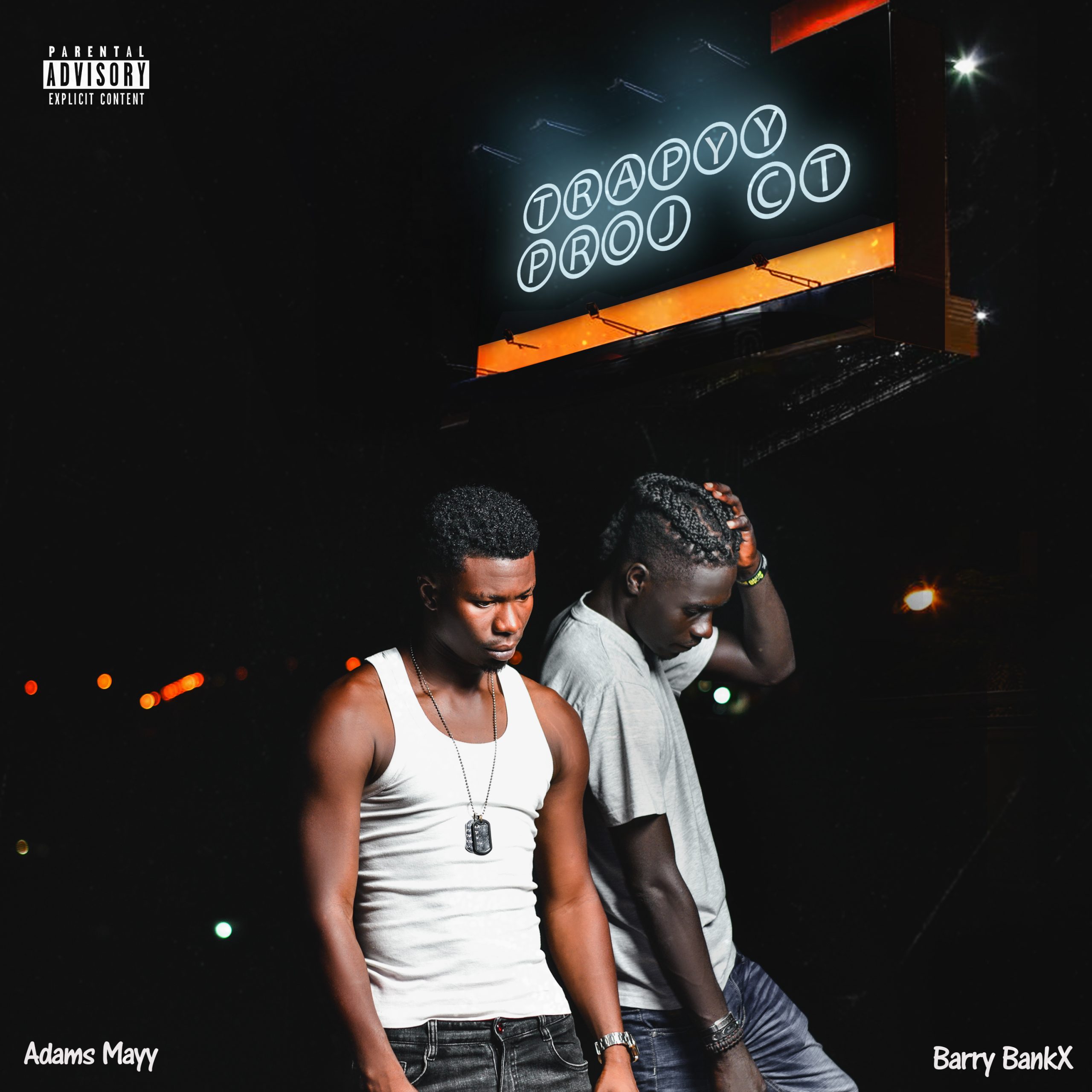 Northern rappers Adams Mayy and Barry BankX team up to release a trap house mixtape titled Trapyy Project. This project sees both rappers going out of the regular hip hop to fuse their native language with trap sounds.

Though a mixtape, this project qualifies for an Extended Play or even an Album. Barry BankX who had a mixtape in 2017 (State of Mind) and several singles afterwards have been quiet for a while now, probably working on this super project.

Both Adams Mayy (Known as Bad Influence) and Barry BankX have had single separate mixtapes in the past, with the former titled Bad Influence, and the latter State of Mind.-Adams Mayy came of a cypher (Go hard or go home 002, hosted by streetfame’s King Nadi) which featured northern heavy weight BOC, in August.-Adams Mayy released his first video titled Eve’s work on 24th Augest.

Superstar ‘Mukky’ to Feed 300 Orphanage on His Birthday