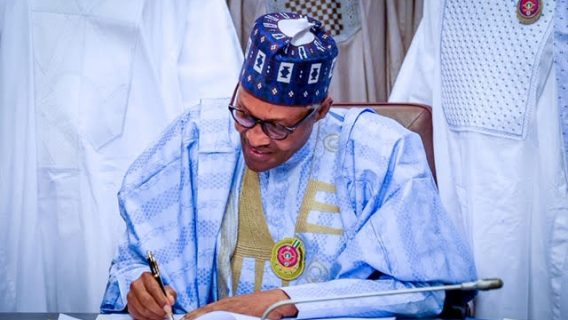 President Muhammadu Buhari has directed that all members of the Federal Executive Council (FEC) running for elective offices submit their letters of resignation on or before Monday the 16th of May, 2022.

The Minister of information and Culture, Lai Mohamed, disclosed this on Wednesday during the Federal Executive Council meeting.

He said that the directive excludes the Vice President, Professor Yemi Osinbajo because he is an elected member of the cabinet.

The Attorney-General of the Federation and Minister of Justice, Mallam Abubakar Malami, had also declared interest in a governorship position in his home state of Kebbi.

Meanwhile, Buhari’s order to his appointees to resign came amidst the Appeal Court judgement nullifying an earlier judgement by a Federal High Court sitting in Umuahia, which declared Section ( 84) of the Electoral Act illegal.

Meanwhile, a Northern group under the umbrella of the Coalition of Arewa Forum For Good Governance has endorsed the Minister of State for Petroleum Resources, Timipre Sylva, as the only credible candidate to succeed the President Muhammadu Buhari come 2023.

The group also reiterated its position on the allocation of power to the South after Buhari’s eight-year reign.

According to the group, all Northern aspirants, in the interest of fairness, should drop their political ambitions.

“Nigeria is in dire need of a stabilising factor; a true democrat and a visionary leader who has the requisite capacity and experience to consolidate on the achievements of President Buhari, a Northerner,” the group said.