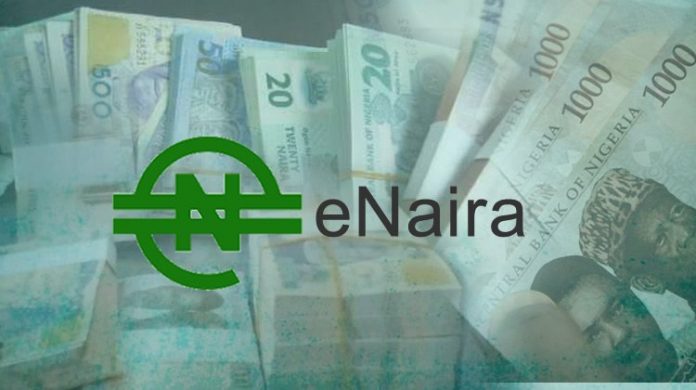 The Central Bank Digital Currency (CBDC) will be unveiled by President Muhammadu Buhari.

Information from the Central Bank of Nigeria (CBN) says the eNaira will improve the payments system in Nigeria. In a statement made available to newsmen on Saturday, the CBN revealed that the eNaira will make financial transactions easier and seamless for every strata of the society.

Meanwhile, the digital currency will complement the physical naira.

In August, the CBN had selected Bitt Inc. as a technical partner to help create the digital currency. It announced plans to introduce the virtual currency four months after banning cryptocurrency transactions in February; describing it as a threat to the financial system.

4wardwego Blog reports that the CBN had earlier postponed its plan to launch the e-Naira.

Equally important, the CBN had received a cease and desist notice over the use of the name “eNaira”. The notice came barely a couple of days before the launch of the digital currency; throwing a spanner in the works. The notice titled “Infringement of Trademark and Violation of Corporate Name Cease and Desist Notification to the Central Bank of Nigeria” was signed by Olakule Agbebi Esq for Olakule Agbebi & Co.

Specifically, the plaintiffs held that the name – “Enaira payment Solution Limited” had been incorporated since April 7, 2004.

Nevertheless, a Federal High Court sitting in Abuja, the Federal Capital Territory (FCT)  had quashed the notice; ruling that the CBN can proceed with the implementation of the eNaira. The court, presided over by Justice Taiwo Abayomi Taiwo; gave the ruling in the light of the importance of the Central Bank Digital Currency [CBDC]. The ruling came as the defendants’ counsel urged the court to dismiss the plaintiff’s motion to halt the launch.

Although the court was reluctant in dismissing the motion; it held that the unveiling of eNaira may proceed on national interest and that the plaintiff will be adequately compensated.