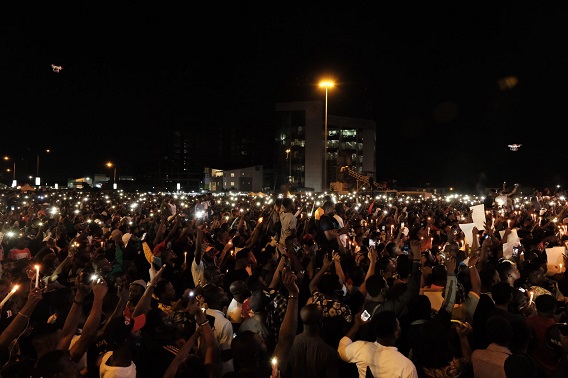 Thousands of #EndSARS protesters on Friday night, October 16, gathered for a candle night memorial for the various victims of SARS/police killings at Lekki, Lagos Island.

In a sombre mood, the protesters mourned the victims – who they described as “fallen heroes.”

On Friday night, the hashtag #FallenHeroes was among the most trended keywords on Twitter.

Some of the names of the victims of SARS/police killings were called at the session.

They were Jimoh Isiaq, who was killed last Sunday by a stray bullet; during a #EndSARS protest in Ogbomoso, Oyo State.

@SAMKLEF also tweeted, “Heal naija and make it a better place. May all our fallen heroes keep resting in peace.”

Also, @iAmNiyiola wrote, “RIP to our fallen heroes. Tonight and always we celebrate you. #EndsSARSNOW.”