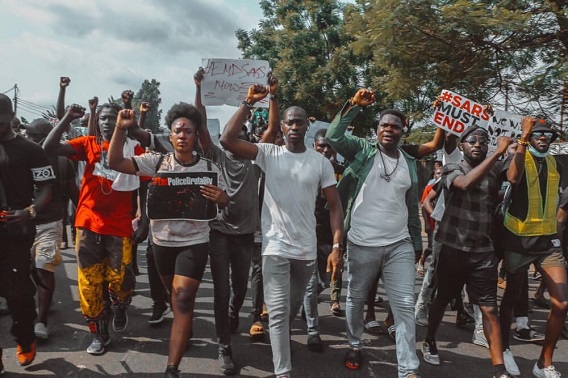 The agitations over the excesses of the Special Anti-Robbery Squad (SARS) and reform of the Nigerian Police which has culminated in protests and marches in various parts of the country under the #EndSARS movement may not be over yet.

1st News can report that Nigeria may witness a continuation of the #EndSARS protests; especially after some misgivings were expressed over the latest announcement by the Inspector-General of Police.

On Tuesday, October 13, the Inspector-General of Police, Mohammed Adamu had announced the set up a new unit called the Special Weapons and Tactics (SWAT) to replace the SARS.

The announcement was made by the Force spokesman, DCP Frank Mba in a statement released to newsmen.

Prospective members of this new team are expected to undergo a psychological and medical examination; which he disclosed will ascertain their fitness and eligibility for the new assignment.

Also on Tuesday, the IGP had ordered all personnel of the disbanded SARS to report at the Force headquarters in Abuja for debriefing, psychological and medical examination.

4wardwego had reported that the IGP stated that the disbanded SARS officials are expected to undergo the process; as a prelude to further training and reorientation before being redeployed into mainstream policing duties. The medical examination will be carried out by a newly set-up Police Counselling and Support Unit (PCSU). This unit, the Force says will, henceforth, engage in psychological management; reorientation and training of the officers of the force deployed for tactical operations and other duties.

However, the latest development has not gone down well with many Nigerians; further sparking concerns that the #EndSARS protests may well continue.

Indeed, 4wardwego can report that a new hashtag #EndSWAT has already surfaced on the micro-blogging site, Twitter, in the immediate aftermath of the announcement by the IGP.  This is in addition to another one – #SWATMustEnd. Also, a number of Nigerians have wasted no time in expressing their intention to reject the new unit.

Equally important, 4wardwego has put together a number of reactions from Nigerians to the latest development.