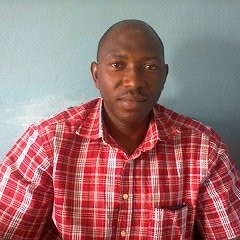 A Senior Lecturer with the Federal School of Medical Laboratory Science Technology (FSMLST) Jos, Dr. Sunday Bot has alleged the Provost of the School Dr. Sunday Etukudoh was hell bent on destroying his future.

A statement made available to news men in Jos by Dr. Bot stated that he had no choice than to come public and clarify certain issues concerning his personality which he alleged were orchestrated by the Provost that trended in the media two weeks ago.

The statement reads in parts, “My attention has been drawn to media publications obviously orchestrated by the Provost, Federal School of Medical Laboratory Science Technology (FSMLST), Dr. Sunday Etukudoh.

“Ordinarily, I wouldn’t have even contemplated joining issues with the Provost, more so that I am already in court seeking redress on most of the issues. However, I am compelled to respond taking into cognizance the fact that the said publication is spurious, misplaced and malicious aimed at misleading the public”.

“To exhibit his motive, intent and spirit behind the malicious machinations, the Provost raised issues and informed the world of my purported retirement from the School in Public Interest, alleged non recognition of my M. Sc in Medical Laboratory Science and impersonation”.

On the issue of retirement from the School in Public Interest, Bot said the above existed only in the figment of imagination of the Provost as he was not in receipt of any communication to that effect.

“All I know is that when I got fed up with acts of victimization against me by the Provost, I tendered my letter of voluntary resignation on October 06, 2021 containing a month notice which expired on November 05, 2021.

“The said letter was received and acknowledged by both the FSMLST Jos and Federal Ministry of Health Abuja. Consequently, my resignation from the school is with effect from November 05, 2021. However, I was told that there is a dismissal letter addressed to me dated October 05, 2021. If this is true, then the letter is backdated probably after an after-though on reasons best known to the author of the said letter.
“Reason being that if I was actually dismissed on the said date, why received and acknowledged my letter of voluntary resignation without serving me with the purported letter even on the said day I tendered my resignation letter”, he asked rhethorically.

On the issue of being under investigation with one, Joshua Boyi by the ICPC. Bot noted that the Provost once set up and Chaired a kangaroo Committee in which he was the accuser, the prosecutor and the jurist. He said when it was obvious he wouldn’t achieved what he wanted through the Committee, he sent him on suspension.
“I remember vividly we were invited to ICPC office Bauchi immediately I returned to office from the suspension.

“The issue is this; I and others resumed work in the school in 2012, following Advertisment in the Leadership Newspaper of February 14, 2012. But in the course of documentation, the Provost change my appointment letter three different times to achieve his evil plan against me.

“The first appointment letter was reading 2011. The second one was reading February, implying that I was employed even before the Advertisement for vacancy in the Leadership Newspaper of February 14, 2012. The third letter is the one the Provost insisted I must used and it was adopted.

“Taking the above into account, it’s obvious that the Provost has administrative issues or it was probably a deliberate distortion of records for his personal interest.
“It is instructive to bring to your notice that the main reason we were invited to ICPC was on account of monies posted to our bank accounts which were later withdrew and handed over to the Provost cash.

“The committee I earlier talked about of which the Provost chaired exoneroted Boyi because (according to the Provost), he was remorseful while I wasn’t, simply because of stating the truth based on circumstantial evidence on illegal acts perpetrated by the Provost”, he said.

On non recognition of his Master in Med. Laboratory Science from Ambrose Alli University, Dr. Bot said it was the same qualification in question that he presented. It was thoroughly scrutinized during the interview and thereafter, eventually got employed. He added that it was the same qualification that earned him promotion in 2016 by the same Provost and wondered if his employment and promotion in the school were all done in error.

On issue of impersonation, Dr. Bot said he was not willing to talk much on it because according to him, it was a legal issue. According to Bot, “I have never been convicted by any court of competent jurisdiction for impersonation except Etukudoh’s court.

“It is however unfortunate that people constitute themselves unto the law. As said earlier, I have decided to come to public with few explanation for purpose of clarity. However, I am already in court seeking redress on abysmal issues bordering on victimization”, Dr. Bot said.