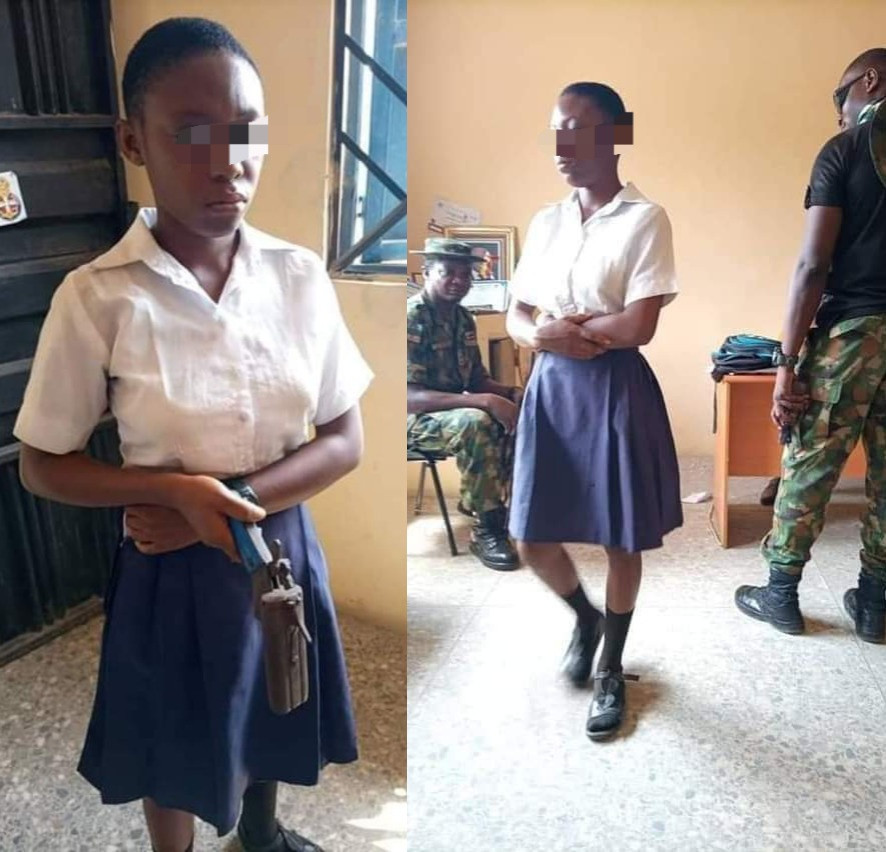 A secondary school female student has been nabbed with a gun that she brought to the school premises; so she could murder a teacher who asked her to change her hairstyle.

The young lady was caught in school with a local gun she allegedly planned to use in shooting her teacher.

The girl, a student of Government Secondary School in Ikot Ewa, Cross River State, was asked by a teacher to cut her coloured hair and she was allegedly angered by this.

Subsequently, the female student arrived at school with a gun.

Here is what he wrote;

A student of Gov’t Secondary School, Ikot Ewa, Cross River state. She went to school with a gun to shoot her teacher; who asked her to cut her coloured her!