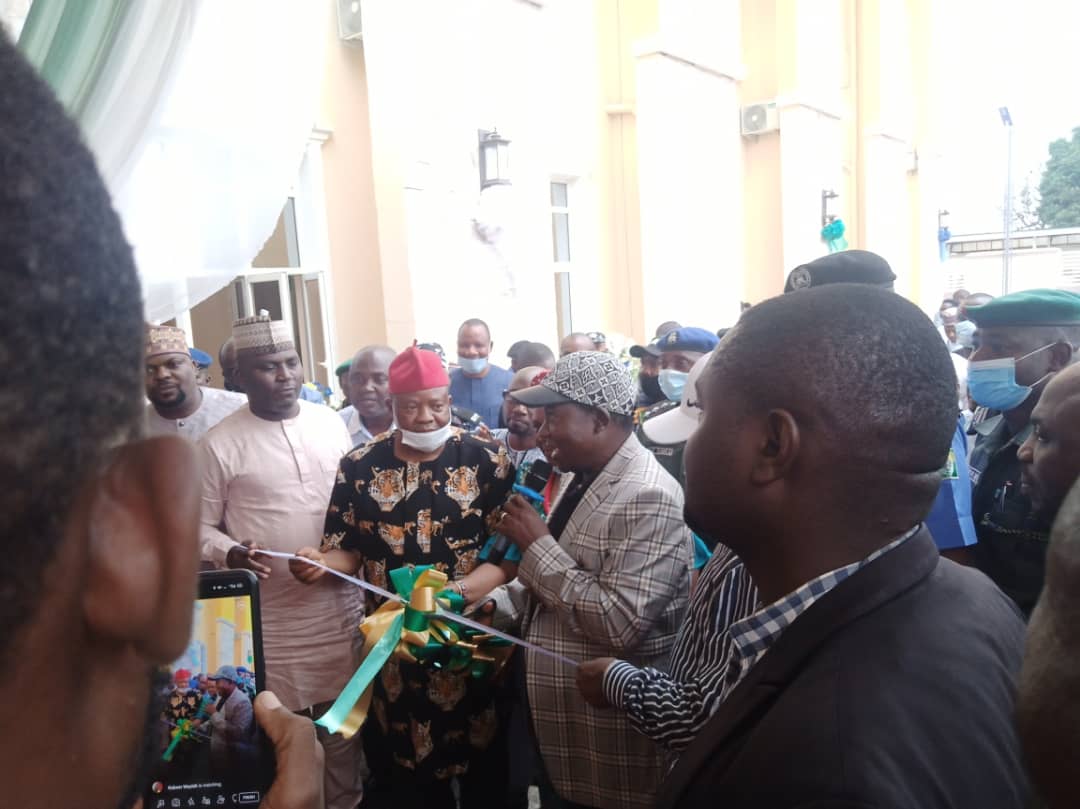 Plateau State Governor, Simon Bako Lalong on the 10th of June, 2021 commissioned one of the latest hotel in Plateau State, “Crispan Hotel”.

Crispan Hotel and Event Center is poised and positioned to guarantee excellence in hospital on the Plateau, their services are comparable to what is obtainable anywhere in the world said the CEO, Michelle Uneadi

Plateau State Governor, Simon Bako Lalong lauded the founder of the Hotel for such an amazing development as it will boost the economy of the state and also crave for more investors to queue in and bring more of such on the Plateau.

Lalong made this known in Jos at the official commissioning of Crispan Hotel.

Crispan Hotel situated in the heart of Jos provides a luxurious paradise ,a home away from home with 100 rooms and suites ,over 1,000 car parking space ,Olympic sized swimming pool and two banquet halls.

He said “We shall continue to do our best in consolidating on the gains we have achieved so far in rescuing Plateau from many of the challenges we inherited.

The Governor who also promised to support and promote programmes that would improve the quality of life and deliver the dividends of democracy to the people of the state called on citizens to be their brothers keeper .

The governor further said his administration had made giant strides in providing an enabling environment for ease of doing business.

He said that the vision of his government in promoting sustainable economic growth was hinged on the role that the business community play in empowering the people economically.

Speaking earlier the Founder of Crispan suites and event center ,Chief Patrick Azichoba lauded Governor Lalong for his efforts at restoring peace in the state .

He stated that ” Lalong has brought development to the state , his peace building efforts is a model .

He further described Lalong as a detribalized leader who loves Nigeria

He vowed to employ more Plateau natives in the hotel as well create more Jobs to citizens of the state .

“The greatest tourism asset of the the Plateau is perhaps the people .”he further added .