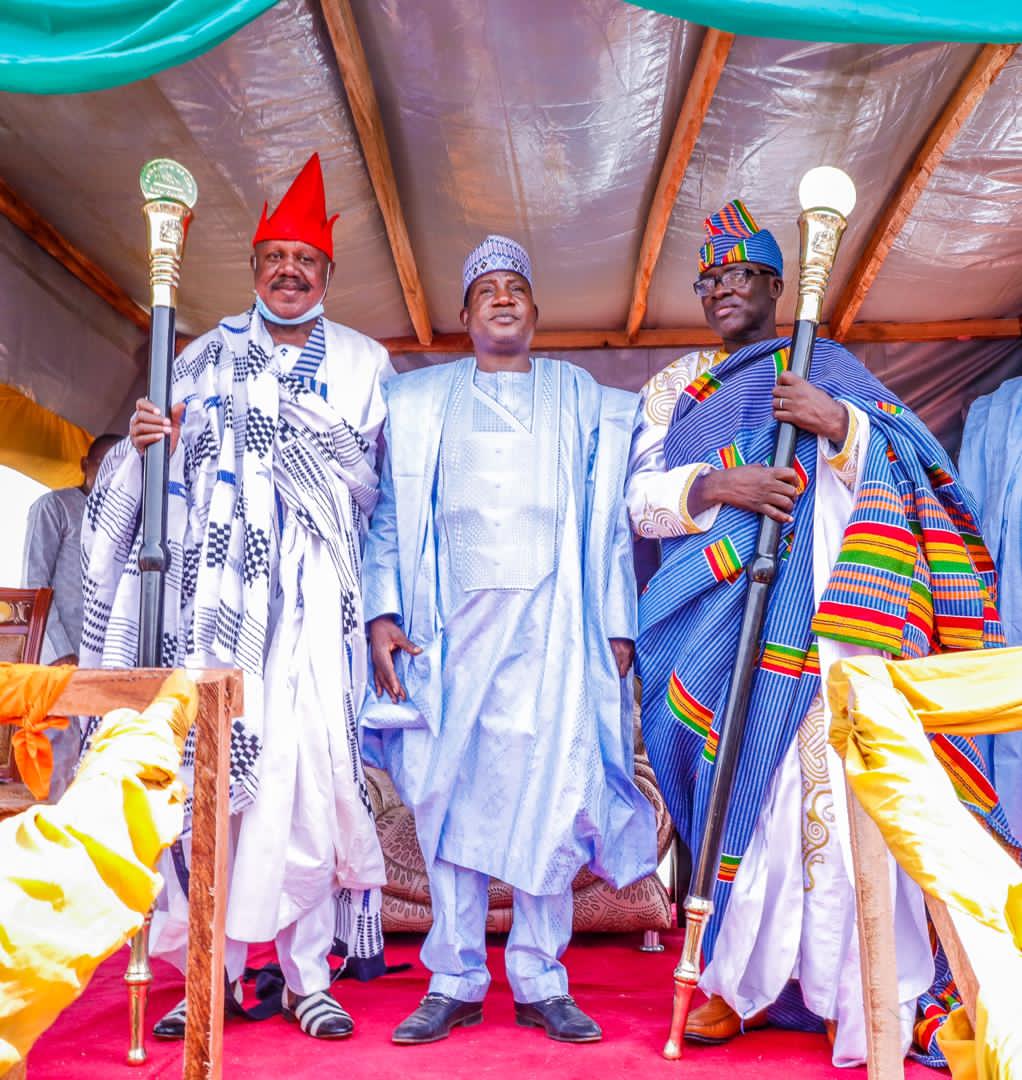 This follows the installation and presentation of staffs of office to His Royal Highness, Miskoom Fidelis Longtoe Attahiru as the 27th Long Kwo (2nd class ruler of Kwo Chiefdom) and His Royal Highness Safiyanu Allahnana Magaji III, (Long Jan of Namu Chiefdom).

Speaking at the event which took place at Ba’ap, Headquarters of Qua’an Pan LGA, Governor Simon Lalong said the installation no doubt evokes a lot of passion and excitement among the people of these two Chiefdoms for the fact that they have been without substantive traditional rulers for a very long period of time. Within this period, the people have yearned for the peaceful resolution of the obstacles to this coronation.

He said his government refrained from interfering with the selection of the two traditional rulers as a way of ensuring that the will of the people prevails and the atmosphere for peace and tranquility blossoms in all Chiefdoms.

He urged them to do justice to all and shun any act that will destabilise the peace that has been restored in the Chiefdoms and the State.

He said “Your Royal Highnesses, as you carry out your responsibilities, I admonish you to be proactive and work with your people to identify and fish out criminal elements not only for the safety of your jurisdictions but the entire State. Government will support you to carry out this task in collaboration with the security architecture and the Local Government Administration. In addition, we expect that the recently trained and deployed Community Police Constables and vigilante groups will be carried along in intelligence gathering that is vital to addressing criminality”.

On some security concerns over activities of criminals in forests around the Local Government, the Governor said, “I am aware of the security concerns about criminal activities in and around the forests in Quanpan LGA and others. Let me assure our people that the Government is working hard to address this situation and enhance security and safety of the people. Already, President Muhammadu Buhari has approved the taking over of the Pandam Game Reserve by the Federal Government as a National Park”.

The two traditional rulers promised to work for the unity, peace and progress of their Chiefdoms and be fair to all law abiding citizens residing in their Chiefdoms irrespective of creed, religion or any affiliation.

Earlier, Governor Lalong visited Namu to sympathise with the people over the inferno that destroyed goods worth millions of naira at the Bwall-Namu Yam Market. He urged them not to be deterred as the fire incident is a setback that they have to overcome.

Apart from making an initial donation of 10 million naira, the Governor said the Government will work out a long term plan to create a suitable market and enhance safety of traders and their goods.