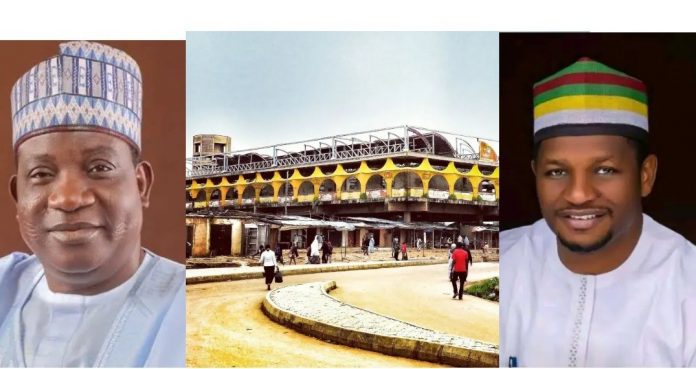 President Judge Justice PS Gang in his ruling on Tuesday granted the perpetual injunction restraining the state government from rebuilding the burnt Jos main market in a suit which was filed on the 2nd August 2022 by Member Representing Jos South/Jos East in the House of Representatives Abuja Hon. Dachung Musa Bagos challenging the planned signing of an MoU with Jaiz Bank to rebuild the Jos Main Market Authority.

It would be recalled Plateau State High Court sitting in Jos, had fixed 13th September 2022, for ruling on a suit filed by the Federal lawmaker challenging Governor Simon Lalong, the State Government, the Attorney General of Plateau State and the Commissioner for Justice.

Hon. Bagos had through his Counsel Barr. Darong Niri raise four issues for determination before the court and sought seven reliefs and the court granted all seven reliefs.

Justice Gang in his ruling granted an order of perpetual injunction restraining Governor Simon Lalong, Plateau state government and Attorney General and commissioner of Justice from running, managing building, or entering into any agreement or partnership to build any market in Plateau State, particularly the Jos Main Market.

The Court also granted that the defendants have no powers whatsoever to run, manage, build and enter into any agreement to build or manage any market in Plateau state, particularly the Jos Main Market.

It is worthy of mention that the Plateau State Governor, Barr. Simon Lalong had promised to lead the process of recalling National Assembly members who are standing against the rebuilding of the burnt Jos Main Market by Jaiz Bank