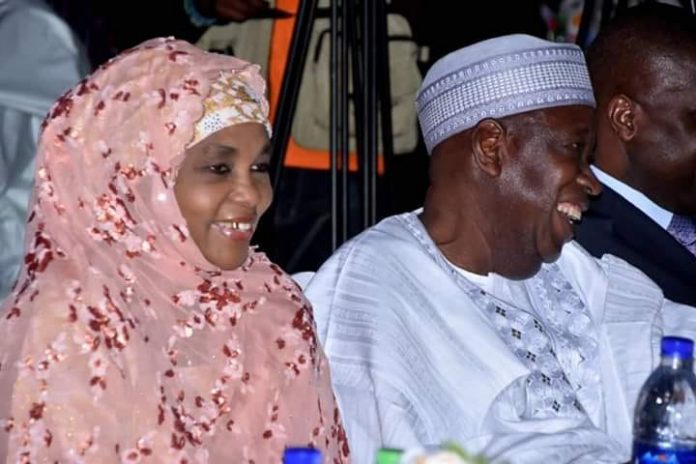 Abdulazeez Ganduje, eldest son of the Kano State Governor, Abdullahi Ganduje, has reportedly reported his mother, wife of the governor to the Economic and Financial Crimes Commission (EFCC) over an alleged land fraud.

Hafsat Ganduje, wife of the governor, had been invited to report to the Abuja headquarters of the EFCC last week.

However, Hafsat is believed to have snubbed the invite which was extended to her by the EFCC last Thursday, Premium Times reports. Abdulazeez had reportedly exposed his mother, accusing her of bribery and fraud; while also filing a petition to the EFCC on the matter.

In the petition, Abdulazeez had reportedly disclosed that he was approached by a property developer to help facilitate the acquisition of some plots of land in Kano; with some hundreds of thousands of US dollars and at least 35 million Naira as facilitation commission. Abdulazeez said he paid the sum in dollars to his mother, Mrs. Ganduje.

However, he disclosed that three months later; the property developer discovered that the plots of land he wanted; which he had paid the first family for had been allocated to other buyers. Thereafter, he had requested for a refund.

Subsequently, Abdulazeez had dragged his mum, Hafsat Ganduje, to the EFCC over the matter.

Meanwhile, the refusal of the governor’s wife to honour the EFCC’s invitation may result in her arrest, Premium Times reports. This is because the governor’s wife does not enjoy immunity from prosecution; unlike her husband, the incumbent Kano State governor.