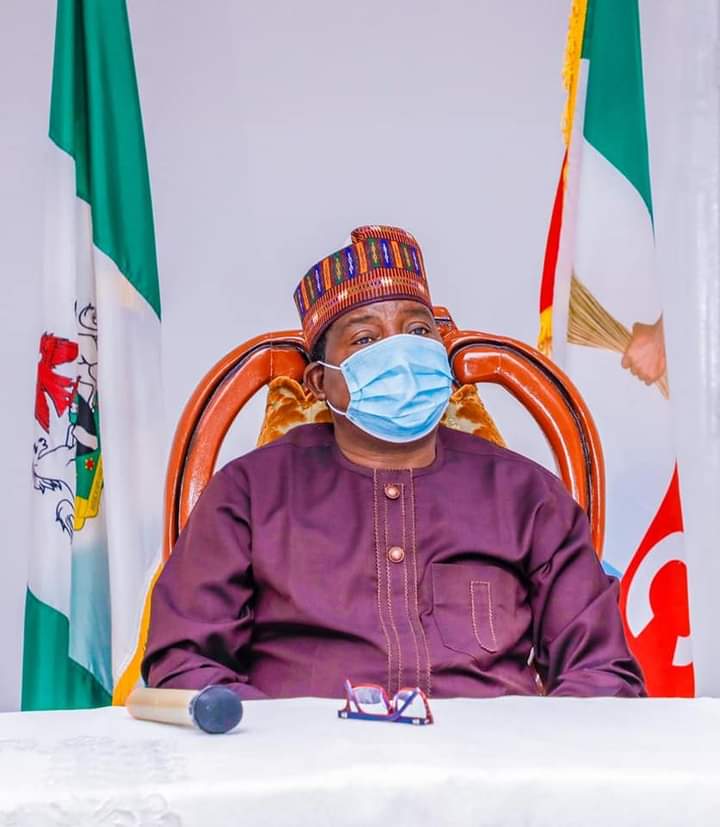 The APC National registration and revalidation Committee for Plateau State has visited Governor Simon Bako Lalong to brief him on the preparations for conducting the exercise in the State.

Chairman of the Committee Hon. Musa Mahmood said the Committee is committed to conducting the exercise within the guidelines issued by the party and will supervise the conduct in all the local governments to ensure that the registration and revalidation is credible and hitch-free.

He commended the Governor and the State Caretaker Working Committee for being proactive and carrying out sensitization among members of the party, a situation that will enhance the smooth conduct of the exercise.
Governor Lalong welcomed the Committee to Plateau and assured that the APC family in the State was ready for the exercise as the members are eager to revalidate their membership and also welcome new members into their fold in order to ensure that the party continues to grow from strength to strength.

Lalong said “this is the time to demonstrate true loyalty and commitment to the party and to increase the fortunes of the APC going forward. There is not going to be manipulation and intimidation in this exercise as those who are found to be pursuing any agenda outside that of the party will not be allowed to succeed. We want more members and this is the time to open our doors and welcome everybody that wants to join the largest party in Nigeria”.

The Governor also assured that more members will join the party because of the performance of the APC led administration which has put the interests of Plateau people above parochial interests. This he explained was why apart from initiating various people oriented projects, his administration chose to complete inherited and abandoned projects rather than abandon them like in previous governments did with their predecessors.

He said just like the example set by the President, he will be going to his polling unit in Ajikamai, Shendam LGA to register, urging all government appointees to mobilise their people to also register and revalidate their membership, saying that anything short will cast doubt about their loyalty to the party.