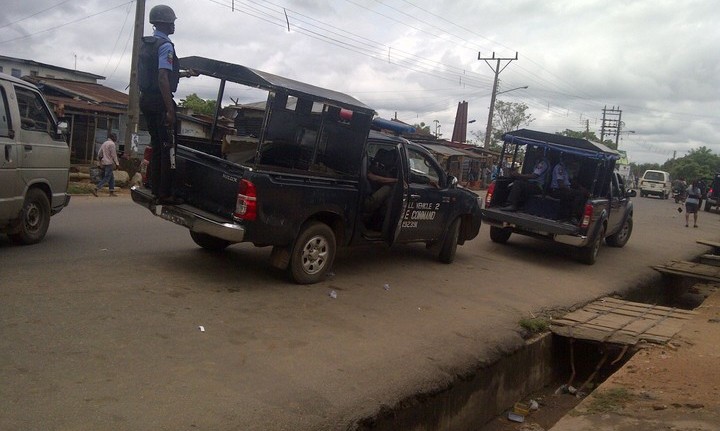 Plateau State Police Command, on Monday confirmed the arrest of one Abdulhamid Sale who was accused of raping seven teenagers in Bukuru community of Jos South LGA of Plateau State.

The confirmation was made by the Command’s Public Relations Officer, ASP Ubah Ogaba in Jos, the State Capital.

Ogaba said, “The Command is aware of the matter. The suspect was arrested.

“As I speak, he has been transferred to the SCID for discrete investigation, please,” he explained.

Meanwhile, a youth leader in the area where the incident occurred, Aliyu Hassan EL-Yakubu had earlier informed newsmen about the incident, saying the suspect was arrested last weekend and handed over to the Bukuru ‘B’ Division Police Station.

Narrating the incident, El-Yakub said, “the arrest of the suspect came after a report by a mother to one of the victims to the vigilante group in the area that she saw her daughter with a phone and felt that something was wrong. He called for an investigation into the matter.

According to him, “After a thorough investigation, we found out that the phone was given to the girl by the said Abdulhamid Sale, and further checks revealed that he raped seven girls, mostly 13 years old.

“They all claimed that he slept with them and gave them money”, he explained.

“We arrested him and handed him over to Bukuru ‘B’ Divisional Police Station and later taken to the state police headquarters, Jos.”

Expressing his dismay over the incident, the youth leader called on parents to put eyes on their kids, saying there are bad eggs in the society who would always be there to spoil teenagers for their surreptitious objectives