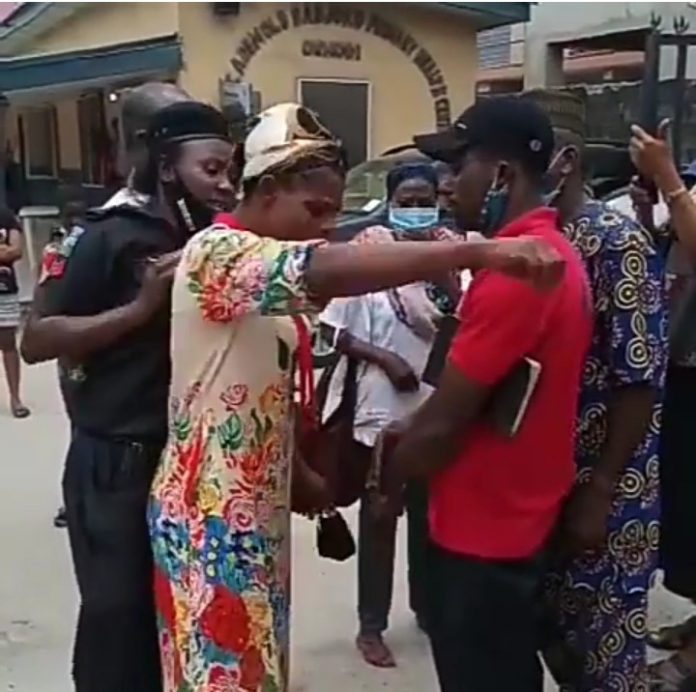 A couple of days ago that a Lord’s Chosen Pastor identified as Pastor Nduka Anyanwu impregnated two of his teenage church members.

Both girls recently became pregnant and he promised to marry the first one and asked her to keep the child while also allegedly promising to procure an abortion for the younger sister.

A recent video has shown the moment a mother of two teenage girls tried to prevent the arrest of the pastor who allegedly raped and impregnated her daughters.

In the chaotic moment, the mother of the girls was filmed protecting her daughters’ alleged rapist when police officers attempted to arrest him for his actions.

“Leave him. I said he’s not going,” the mother of the girls said as she placed herself between the pastor and the police officer who was trying to take him to the station.

Stop The Abuse Foundation, the NGO that reported the abuse to the police said the parents of the girls were aware that the pastor has been defiling their daughters. In fact, they claim the cleric has been helping them cast out an evil spirit that brings them bad luck. 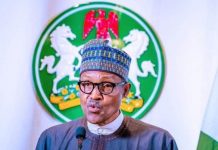