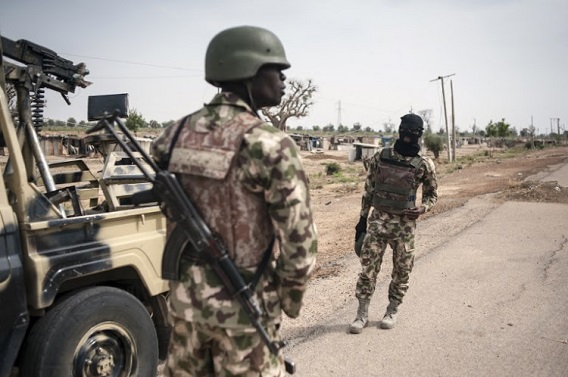 The Nigerian Army is under fresh criticism in the wake of the #EndSARS protests due to the reported killings at Obigbo in Rivers State.

This was contained in a statement issued on Friday, November 20.

4wardwego reports that the report was released by the International Society for Civil Liberties & Rule of Law; which expressed “worry and dismay over the continuation of Army massacre operations in Obigbo and global silence trailing same.”

According to the ISCLRL, scores of defenceless Nigerians have been killed in Obigbo.

“The number of slain defenseless Igbo citizens of Obigbo residency and environs in Rivers State; has now risen to at least 60 with between 90 and 100 others shot by the Nigerian Army and deadly injured.

“Dozens have also been permanently disappeared…200-300 others militarily abducted and held in custody only known to the Nigerian Army.

“There are also no credible pieces of evidence showing that the sick and the injured detainees are receiving adequate medical treatments; raising serious fears of some dying in Army or Police custody or both.”

The body appealed to the Nigerian Government and Nyesom Wike-led Rivers State Government to immediately withdraw the killer soldiers deployed to Obigbo and environs and all those currently held by the Nigerian Army and the Nigeria Police Force in Rivers State and neighboring Abia State must be freed unconditionally or put on fair trial.

Furthermore, it says: “The Obigbo massacre must not only be thoroughly investigated; but also the perpetrators of the dastardly act including Major Gen Olu Irefin (GOC, 6 Division, Port Harcourt); Brig-Gen SB Kumupayi (Commander, 14 Brigade, Ohafia) and Gov Nyesom Wike must be fished out at appropriate time and place and put on local and international trial for mass murder and crimes against property well as crimes against humanity.

“We also wish to state boldly and factually that what is going on in Obigbo is far more devastating and three times murderous than the 20th night of Oct 2020 Lekki Tollgate Army shootings and killings targeted at gathered unarmed and defenseless protesters in Lagos State.

“In other words, the number of unarmed and defenseless citizens killed so far at Obigbo in Rivers State; is at least three times higher than that of Lekki Tollgate in Lagos State.

“While the Lekki Tollgate killings took the lives of about 20 persons; the number of persons so far killed in Obigbo has risen to at least 60; out of which 30 have been verified bodily or by names.

The ongoing Obigbo Army massacre has also resulted in permanent disappearances of dozens and 200-300 Army abductions.”