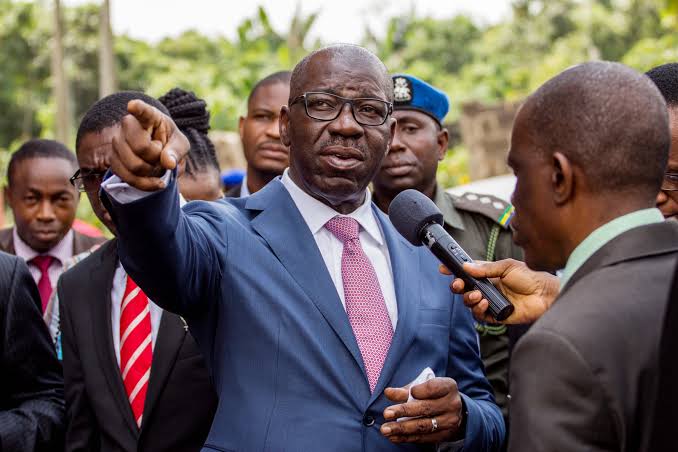 Justice Ahmed Mohammed, while delivering judgment in the alleged certificate forgery suit filed by the APC and a chieftain of the party, Williams Edobor, against the governor said that the APC failed to prove the forgery allegation beyond a reasonable doubt.

The APC and Edobor had filed the suit alleging that Governor Obaseki presented a forged certificate to seek re-election in the Edo State governorship election held on September 19, 2020.

According to the plaintiffs, the said document was purportedly issued by the University of Ibadan, while the governor presented the same to Independent National Electoral Commission (INEC) which conducted the poll.

In his judgement, Justice Mohammed held that the plaintiffs relied on the photocopied document presented by Governor Obaseki; without getting in touch with the university to verify the authenticity of the said certificate.

Furthermore, he added that no iota of truth was brought before the court by the plaintiffs who alleged forgery; saying it was a criminal matter, but the claimants were unable to prove their case.

The judge noted that the Deputy Registrar (Legal) of the University of Ibadan had given evidence in the suit that the university duly issued the certificate to Governor Obaseki.

According to him, the governor was duly and properly admitted to study Classics; which was later renamed Classical Studies in 1976, and graduated in 1979.

Justice Mohammed concluded that the plaintiffs failed to prove their allegations of forgery; against Governor Obaseki and, thereby, dismissed the case.

He, however, did not award any cost against the plaintiffs.

Before the judgement was delivered, counsels to both parties in the matter had closed their cases; after they presented witnesses and evidence to the court.

During proceedings on Thursday, lawyer to the Plaintiffs, Akin Olujimi, adopted his final written address.

He urged the court to affirm their position; that the governor presented a forged certificate to the electoral umpire and was unfit to occupy the office.

This was, however, rejected by Governor Obaseki’s counsel, Ken Mozia, who asked the court to dismiss the suit; over what he described as the plaintiff’s failure to prove their case.