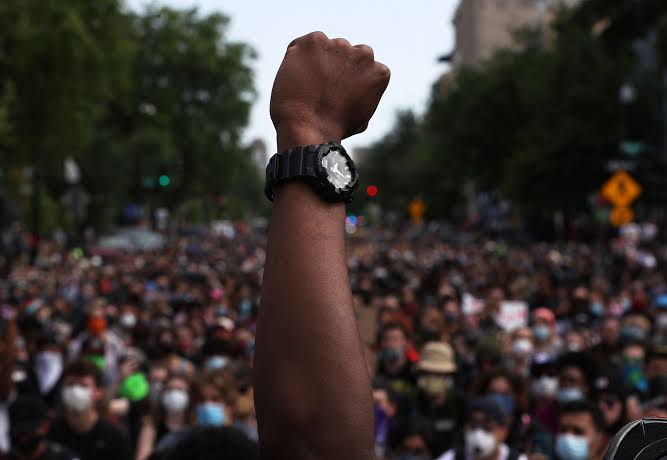 AS local government workers in Plateau State continue street protests against the state government’s non implementation of the new minimum wage at the council level,a group of their colleagues under the aegis of Plateau Concerned Local Government Staff Forum (PLALOCAF) has appealed for suspension of the action.

PLALOCAF said its appeal for suspension of the action was based on the ground that the protest meant to draw attention of the state government to the deplorable plight of workers at the council level and push for implementation of the new minimum wage at the state’s local government level,had been hijacked by opposition politicians and hoodlums alike for selfish reasons.

Besides, the group of alleged that the protest has become an avenue for the desperate opposition politicians to feather their nest,adding that the development had been turned into campaigns for the 2023 elections.

A statement on Friday, and signed by representatives from the three senatorial districts of the state,the group called on members to withdraw from the action to allow relevant bodies negotiate with the government towards amicable resolution.

In the statement signed by Mr Pam Bot for Northern Zone, Nde Patrick Gomos for Central Zone and Sir Birtrus Nanven for Southern Zone, the group charged the state government on the other hand, to sustain negotiations with stakeholders and declare its own position to the aggrieved workers.

“We, the entire management and members of Plateau State Concerned Local Staff Forum (PLALOCAF), came together to issue this statement after a critical and painstaking analysis of the over one-month old strike protest embarked upon by our members and the circumstances that led to the protest.

” We observe with regret that protesters have continuously blocked the entrance to the Plateau State Secretariat for over three weeks, thereby preventing civil servants and other legitimate income earners access to the secretariat for their legitimate business.

“This is illegal and worrisome. This development which we have found to be sponsored by some self-seeking and desperate opposition politicians in the state is a threat to peace and stability of the state,” the group said.

The statement further read:”While we admit that local government staff have absolute rights to protest over their grievances, we must state without fear or favour that the protest have been hijacked by some failed politicians who are out to get at the government of Governor Simon Bako Lalong at all cost. We must not allow that.

“This act negates the purpose and intent of this protest and we are appealing to all members to call off the protest without further delay and allow our umbrella body NULGE, negotiate with the state government and other stakeholders.”

PLALOCAF said:”Our message has been passed to the government at all levels and from the engagement held between government and our leadership,we, the concerned members are satisfied with the feedback from our leadership and we hereby withdraw from protest immediately.”

It added:” We appeal to our all colleagues to stand down the protest and allow our leadership engage with the government and other stakeholders for an amicable solution.”

“Plateau belongs to all of us irrespective of our political, religious and ethnic alignments, the unity, peace, and stability of the state should be paramount to us and not our interest alone.”

“We can only eat and sleep in peace when there is peace. Collecting money, food and other supplies from opposition politicians, and allowing thugs who are not local government staff to infiltrate us is not only dangerous but a serious threat to peace and unity of our state.”

It said: “The blocking of the entrance of the state secretariat by our members during the protest was agreed just to be for three days, to pass a strong message to government but all of a sudden, politicians started sponsoring some of our members and sending in thugs to protest with us. What is really the interest of these politicians?”

According to the workers,”Our continued blocking of the state secretariat is like stopping the engine of a car that has full passenger inside by a particular passenger.”

“The implication of this is that everyone will suffer including the person that stopped the car.”

” It is so sad that we even turned back some non civil servants who go to the secretariat to earn their legitimate living! How will they feed their families?”. They asked.

” We turn back people going to secretariat to process deaths and pensions benefits for their loved once all because we are protesting? Is everyone supposed to go hungry because we have not been paid minimum wage?” The statement read.

According to the statement, ” It is now clear that there is a sinister motive, which is the politics of 2023.”

“Consequently, we are pulling out from this protest immediately. We appeal to all our members to stand down the protest before hoodlums further infiltrate our ranks and make the state ungovernable. Let’s manage the fragile peace in the state,” it said,as it called on “security agencies to put in place close surveillance measures to avert any eventuality.” They are urged to deal decisively with hoodlums or others that may want to break the law or infringe on the rights of law abiding citizens of the State.