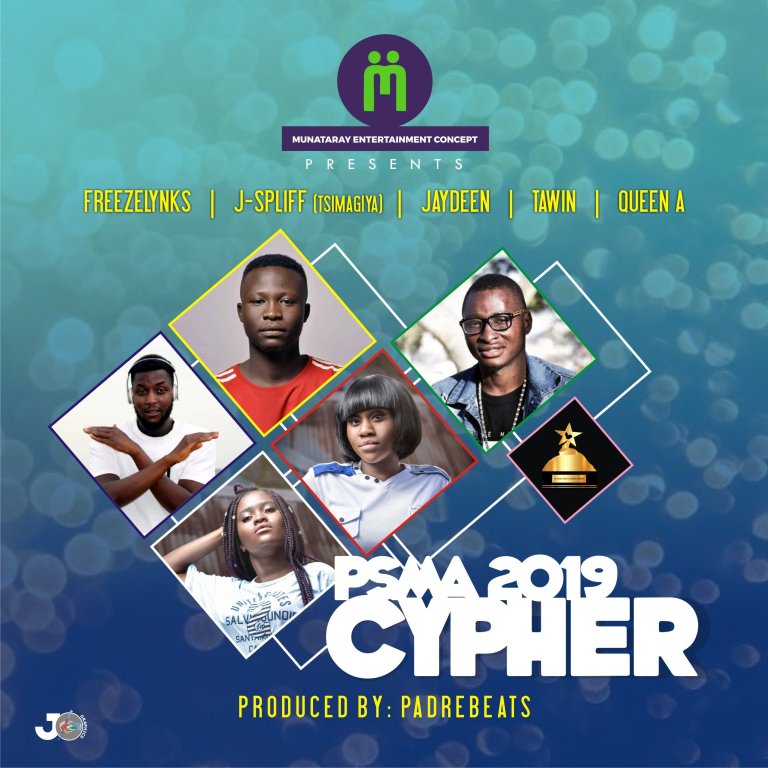 The Plateau Social Media Awards Team Has assembled Five talented EMCEES (Rythm and Poetry artists known as Rappers,) to do a CYPHER on the maiden edition of the social media awards popular with the hashtag #PSMA2019

A hip hop cypher is a improvised freestyle cyclical rapping session without the ugly dissing of other artist like in a rap battle where you have to insult your opponent.

The Cypher centered around the PSMA2019 Theme : Social Media For Social Good.

Freezelynks,J-Spliff,Jaydeen,Tawin & Queen A in no particular order brought their A game to drop it like its hot to drive the CYPHER.

Jos is home to the best that ever did it on the Nigerian Hip Hop Map.