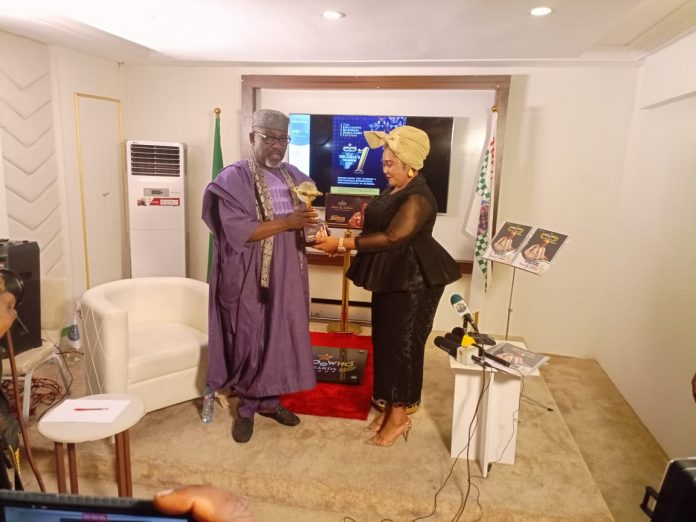 On Monday the 27th of September 2021, The Bord of Directors for WHO is WHO AWARDs Nigeria Conferred the Stand of Fame Award to the Former Governor of Imo State and serving Senator of Imo West, Owele Rochas Okorocha

The International president for WHO is WHO AWARDs Miss Binta Pearl Ojoma stated that the Award was conferred on Rochas due to his Phylantrophy and Leadership qualities.

She said the former Governor and current senator representing Imo West, Imo State, Nigeria has demonstrated that he is indeed is a man with a heart of gold and compassion as his persona is made up of his commitment to philanthropy.

“Owelle Rochas Anayo Okorocha has shown remarkable excellence in all spears of life as one of Nigeria’s multi-billionaire, education philanthropists, politician, an astute businessman, A man who has set his sights on providing free education to 1 million children across the African continent by the year 2030” Ojoma Said.

Pearl Ojoma also stated that Rochas is now the 4th Nigerian to Receive the Stand of Fame Award after Past President Good luck Jonathan, Prince Ned Nwoko, and the AIG Interpol Garba Umar.

In response, the Senator expressed appreciation for the Award and promised to continue helping the Needy not just in Nigeria but across Africa, He categorically stated that he is pleased that WHO is WHO AWARDs as an Organization does not only Award or Celebrate the Elite but also Awards Carpenters, Caterers, Mechanics and other unsung heroes.

“I have always asked God to make me a pipe of blessings unto others, I am only a custodian of God’s Wealth and my hands always open to it. Any time there is a critical person somewhere I have always prayed to God to take resources from my pocket to help such a person because for me that is life” Rochas Said

He went on to dedicate the award to the millions of Children, the Fatherless, motherless, the downtrodden, the forgotten, the rejected and dejected in the society who are stretching their hands for help.

He further stated that he was calling on other individuals who are better placed to toll the part of charity and also assist those who are less privileged because life is about giving.

Senator Rochas received the award amidst cheers and excitement from members of his staff and friends at his office in Unity House Abuja.