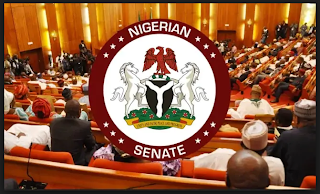 It also announced Sen. Chukwuka Utazi (PDP-Enugu) as Minority Whip of the Senate.

The announcement is contained in a letter by the Peoples Democratic Party (PDP) National Secretary, Sen. Samuel Anyanwu, to the President of the Senate, Ahmad Lawan and read at Tuesday’s plenary, June 21.

Aduda’s appointment followed the official resignation of Sen. Eyinnaya Abaribe (APGA-Abia), as member of the PDP and former minority leader.

The letter is titled, “Confirmation of the Senate Caucus Nomination of Sen. Philip Aduda as Senate Minority Leader.’’

The letter reads: “Leadership of the PDP is pleased to confirm to you the nomination of Sen. Aduda, as the new Senate Minority Leader.

“The nomination of Aduda is for the replacement of the vacant seat of the minority leader created by the defection of Abaribe to APGA.

“Please kindly accord Aduda all the necessary cooperation due to the office.’’

Similarly, “the leadership of the PDP is pleased to confirm to you the nomination of Sen. Utazi as the new Senate Minority Whip.

“The nomination of Utazi for the replacement of the vacancy to the minority whip followed the elevation of Aduda to the Senate Minority Leader.’’

Lawan congratulated both lawmakers on their nomination.

Meanwhile, the National Chairman of the All Progressives Congress (APC), Sen. Abdulahi Adamu, has dismissed the allegation of vote-buying leveled against the party during the Saturday’s Gubernatorial election in Ekiti.

Adamu, who addressed State House correspondents after he officially presented Governor-elect Oyebanji to President Muhammadu Buhari, on Monday. June 20, in Abuja, said the allegation of vote buying was raised by elements who lost the election.

The APC chairman called on the media to always avoid being used by aggrieved politicians who were bent on destroying the image of the country for political gains.

He said: “As a patriotic Nigerian that is privileged to lead the ruling party in this country today, I want to only appeal to the media.

“Please, don’t partake in portraying negative attitudes in our processes. If you do so, you are compromising. I’m sorry to say so. You’re compromising the integrity of our process as a country.