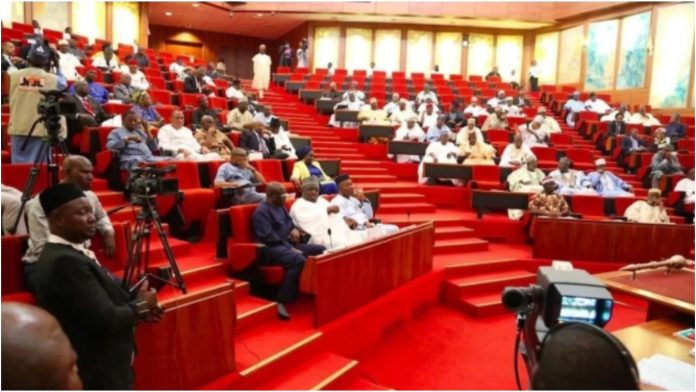 The Senate on Monday, November 9, revealed it would open an investigation into the conviction of six Nigerians in the United Arab Emirates (UAE) for funding the Boko Haram sect.

The men were first convicted in 2019 in the first clear-cut linkage of funding of Boko Haram to certain individuals.

Two of the convicts, Muhammad and Adamu were sentenced to life imprisonment while Alhassan, Musa, Yusuf, and Isa were handed 10-year imprisonment respectively.

In his statement, the Chairman of the Senate Committee on Judiciary, Human Rights and Legal Matters, Opeyemi Bamidele, disclosed his committee was ready to find out the true position of things on the matter.

He, however, noted that the Senate was unaware of the recent arrest and imprisonment of the Nigerians.

According to Bamidele, the upper legislative chamber was working with the relevant committees of the House of Representatives on the amount earmarked for the prosecution of Boko Haram suspects.

He said: “These are some of the issues before us as a committee.

Meanwhile, the Senate on Monday, November 9, stated that it had no knowledge of the freezing of the accounts of some #EndSARS campaigners by the Central Bank of Nigeria (CBN).

According to the Senate, the CBN Governor, Godwin Emefiele never wrote to it before taking the action as they only read about it on the pages of newspapers just like other Nigerians.

Senator Bamidele, made this revelation when the Minister of Justice and Attorney General of the Federation, Abubakar Malami, (SAN), appeared before the committee, to defend the ministry’s 2021 budget estimates.

Bamidele further confirmed the Senate was awaiting further information on the issue of freezing the accounts of the EndSARS campaigners; from the apex bank as they were not aware of it and the circumstances that led to the freezing.

“We are not aware of the CBN freezing the accounts of #EndSARS campaigners. We read it in the news like everyone else.

“Our committee is interested in knowing what is going on in this regard. Our committee is neither in a position to either explain or defend the CBN’s action,” Bamidele said.