Senate: No provision for 5000 transport grant in budget 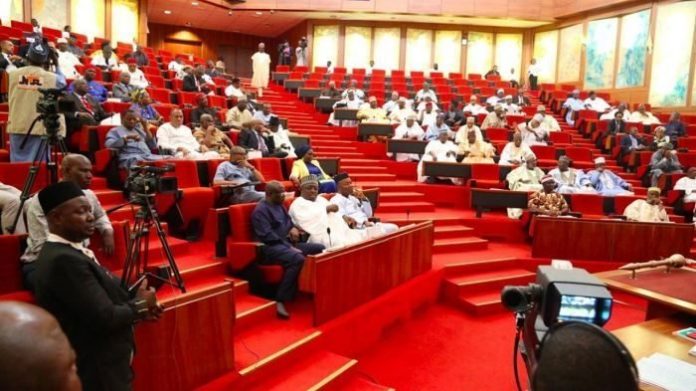 The Chairman Senate Committee on Finance, Senator Solomon Adeola, has disclosed that there is no provision in the 2022 budget for the monthly N5,000 transportation allowance for 40 million Nigerians intended to cushion the effect of the planned petroleum subsidy removal.

Senator Adeola made this assertion after submitting his Committee’s 2022 budget on Wednesday, November 24.

Before the executive can embark on such intervention, the proposal must come to the Senate for approval.

He explained that there is no way the executive would take a unilateral decision on a programme that is expected to gulp N2.4 trillion without getting the approval of the Senate.

“I don’t want to go into details; if there is something like that, a document needs to come to the National Assembly; and how do they want to identify the identity of the beneficiaries. This is not provided for in the 2022 budget proposal which is N2.4 trillion,” the lawmaker declared.

He further stated that “for us, we still believe it is news because this budget we are considering contains subsidy; and if we are passing a budget with a subsidy in the fiscal document, we can’t speak; because that is the document that is currently before us.”

Plans to replace fuel subsidy with a N5,000 monthly transportation palliative; for the poor were announced by Minister of Finance, Zainab Ahmed.

However, this has stirred a response from the Nigeria Labour Congress (NLC) who rejected the planned petrol price hike in the country; and the proposed transport palliative proposed.

According to the NLC President, Ayuba Wabba, the plan is a “penny wise-pound foolish” gamble.

He accused the government of adopting monologue in arriving at its conclusion on subsidy removal; stressing that it will continually reject deregulation that is anchored on the importation of petroleum products.