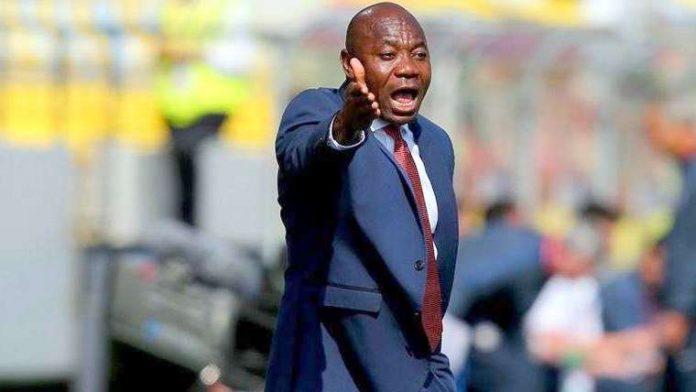 Super Eagles legend, Emmanuel Amunike will step down from his role as head coach of Egyptian side Maqassa; who on Sunday appointed Ihab Galal as his successor. Equally important, Amunike was in charge for just one month and supervised only two games.

“The board decided to appoint Amunike as a supervisor of Maqassa’s youth academies. We are launching several academies in Africa and we have just inaugurated our first one in Tanzania;” a statement read on the club’s website on Sunday.

The 49-year-old Amunike was named Maqassa’s boss on Saturday, February 1; taking over on a six-month contract following the sacking of Ahmed “Mido” Hossam.

Amunike, who led Tanzania at the 2019 Africa Cup of Nations; took charge of Maqassa for only two matches; with his side playing out two draws with Smouha and El-Entag El-Harby. The former Nigeria striker is an idol figure in Egypt; after hitting stardom with Zamalek in the early years of his career.

Amunike joined the Cairo giants from Nigeria’s Julius Berger in 1991. He went on to win two domestic league titles and one African Champions League crown; in a glorious three-year spell with the club. Also, Amunike played for Portugal’s Sporting, Spanish giants Barcelona and Albacete; before ending his career at Jordanian club Al-Wehdat in 2004.

Maqassa reinstated their former coach Galal in order to rescue their season. The team has dropped to third from bottom after a string of poor results.

The 52-year-old, who left Masry last month after an 18-month spell; enjoyed a career high during his three-year spell at Maqassa from 2014-2017. He helped them secure African Champions League football for the first time in their history; after they finished second in the domestic league in 2017.