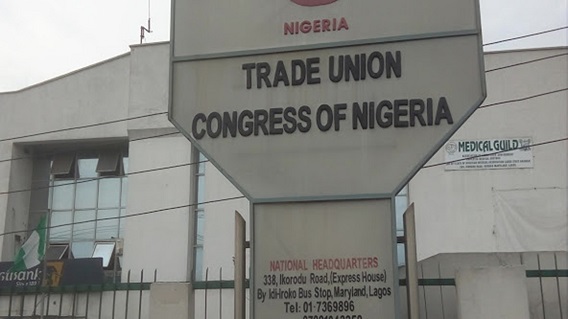 The Trade Union Congress of Nigeria (TUC), on Monday, September 14, issued a one-week strike notice to the Federal Government to reverse the recent increase in electricity tariff and petrol price.

This warning was contained in a letter addressed to the President Muhammadu Buhari and dated September 14, 2020.

According to TUC, an indefinite strike action would commence from Wednesday, September 23, if FG refused to reverse the increase in electricity tariff and petrol price.

The letter, entitled ‘We cannot bear the burden any longer, issuance of seven days ultimatum,’ was signed by its President, Mr Quadri Olaleye, and Secretary-General, Mr Musa Lawal.

“We have observed the gradual and steady annihilation of Nigeria and Nigerians in the light of government actions for the umpteenth time,” the union said.

It said some of the issues that had become worrisome to the working class; their families as well as the masses included; the sudden increase in the pump price of petrol without any definitive and concrete efforts to also make the nation’s refineries functional.

The TUC said the increase in electricity tariff was done without proper consultation and consideration of the effect of COVID-19; commensurate electricity supply as well as the provision of prepaid meters

It said other issues included the non-implementation of the negotiated national minimum wage by most of the state governments; and the Federal Government’s inability to create and also sustain salary date; as well as calendar to ensure transparency.

The union said, “Government should take immediate steps to: reverse the hike in prices as it affects electricity; petrol; as well as all other social services in the country to status quo ante (prior to increase) within seven days.

“Provide adequate and quality healthcare and also education; for all to save the poor as well as the vulnerable at all levels.

“These demands are made in good faith, and to save the dying masses and the vulnerable in our society. In the event of not showing empathy for this class of people by adhering to above demands; we shall, together with our civil societies and allies sympathetic to the suffering masses of our people; commence an indefinite industrial action and national protest from Wednesday, September 23, 2020.”