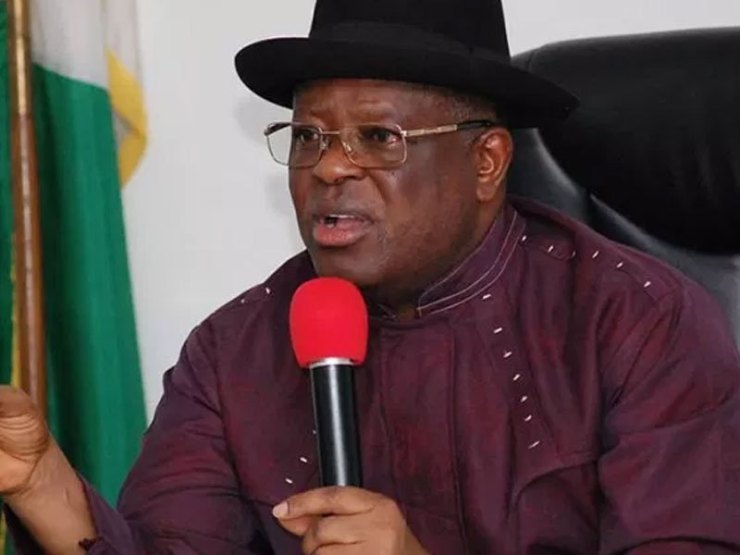 Gov. David Umahi of Ebonyi has said he wants to be a martyr who will be sacrificed to achieve the much-sought Igbo presidency.

Umahi made the declaration on Tuesday, November 17, in Abakaliki while briefing newsmen, noting that only martyrs make sacrifices for the peoples’ interest in difficult times.

The governor, who confirmed that he is defecting from the Peoples Democratic Party (PDP) to the All Progressive Congress (APC), said he will not regret the decision no matter its outcome.

“I have to lead the protest against the marginalisation of the Igbos by the PDP; and I don’t have to consult anybody to lead such a protest.

“I don’t want the PDP to collapse in the southeast; but it can collapse itself in the zone; if it does not heed the peoples’ advice to entrench justice, fairness, and equity.

“The PDP should be bold to declare its stand on the zoning of the presidency to the southeast; and if it cannot, should tell us why we are not capable of holding such a position; but will come for our votes during elections,” he said.

Umahi said that the decision to leave PDP was not about leadership; but about patriotism, justice, fairness, and the overall interest of the people.

“I am not vying for any position in the APC; so anybody who does not like me over the defection will be fighting the air.

“I will instead play the fatherly role of guiding anyone who wants to vie for any position because it is a waste of time for any governor to seek to replace himself.

“When you are looking for everybody to be loyal to you in politics, you might not get to your destination; because destinations are not straight but full of obstacles,” he said.

Umahi said that he will not be disturbed if the APC fails to zone the presidency to the southeast but will depend on God to determine the matter.

“We would be 24 years with the PDP by 2023; and Ebonyi, under my administration, will testify the numerous feats we have attained with the support of my friend and father, President Muhammadu Buhari,” he said.

He said that his defection has created a political gathering and mass movement; unprecedented in Ebonyi history with both PDP and APC faithful coming together to pursue a common cause.