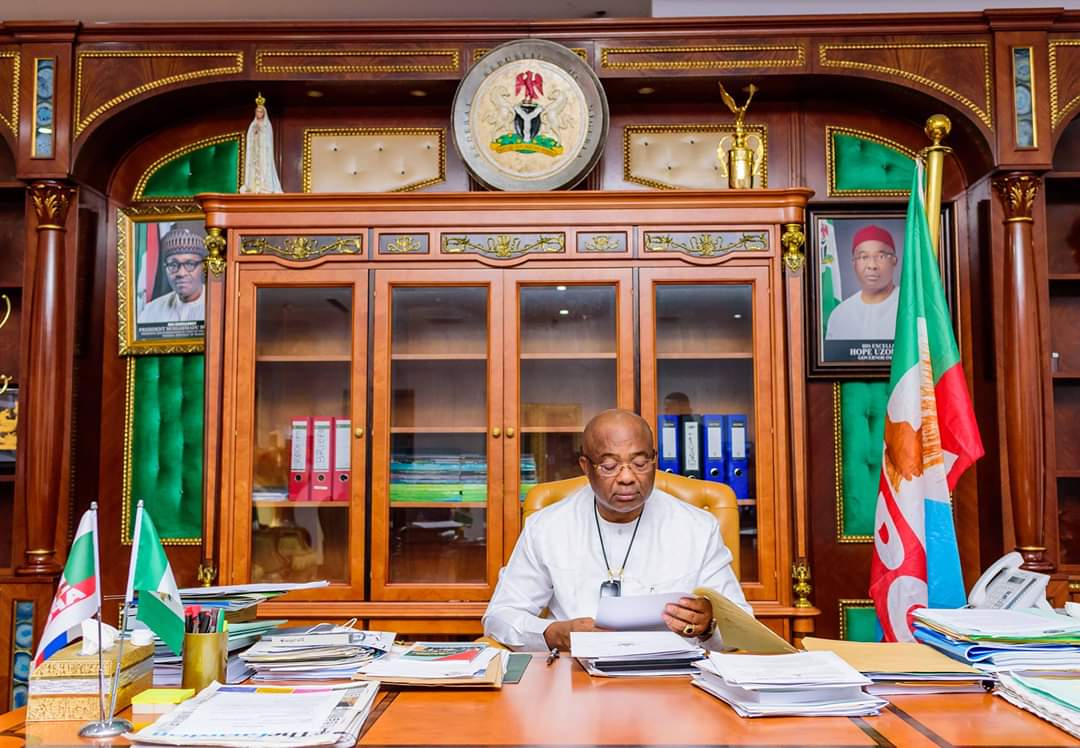 Imo State Governor, Hope Uzodinma has raised the alarm over what he described as devastating effects of the second wave of COVID-19 in the state.

Further, Uzodinma has called for for urgent presidential intervention to check the menace.

Uzodinma made the call while addressing State House correspondents at the end of a closed door meeting with President Muhammadu Buhari, at the State House, Abuja, on Monday.

“The number of people testing positive and dying now are on the increase…The State Government alone cannot, as a matter of honesty, summon the capacity and resources to address this menace.

“So, I also pleaded and Mr President has promised that he would intervene,” he said.

The governor disclosed that already he had signed an Executive Order meant to check the spread of the deadly virus in Imo; adding that the state government had introduced sanctions for people refusing to wear face mask in compliance with the Presidential Task Force’s protocols on COVID-19.

Further, he revealed that a Task Force on COVID-19 has been put place in the state; even as measures are being taken to reduce the spread of the virus and ensure the safety of all citizens.

“Few days ago I issued an Executive Order to make not wearing mask a crime in Imo State. So, any moment from now, we will begin to arrest people refusing to wear mask.

“I have given a 14-day ultimatum for those coming into Imo to wear their face mask and comply with NCDC protocol or be arrested. I have created six mobile courts to handle that. We don’t joke. It is better we offend people than to allow this disease to continue to spread in Imo State.

“I have in place a Task Force on COVID-19 chaired by Prof. Maurice Iwu, the former Chairman of INEC…They have done well.

“We have in place four isolation centres, fully equipped…The government partnering with the private sector has also equipped an additional isolation centre at the University Teaching Hospital, Orlu.’’

However, the governor lamented that the COVID-19 pandemic has continued to run riot in the state.

“But the number is growing daily and those testing positive are also on the increase. So, I think we need to prepare more grounds, build more isolation centres, get more medications; get oxygen and also try to have respiratory support equipment for those who have difficulty in breathing after they have been infected.”

Equally important, the governor frowned at the attitude of some Nigerians who deliberately refused to comply with non-pharmaceutical protocols to check the spread of the virus.

“It’s not easy honestly, because, knowing the attitude of our people. They are so stubborn. You continue to plead with them to see reason with you because you can only be stubborn if you are alive.

“We’ve seen how people are dying every day, everywhere, even in Imo because of this ugly monster called COVID-19. So, our people are invited through this medium to please respect and comply with NCDC protocols; for this COVID-19, so that at least we will be alive,” he pleaded.