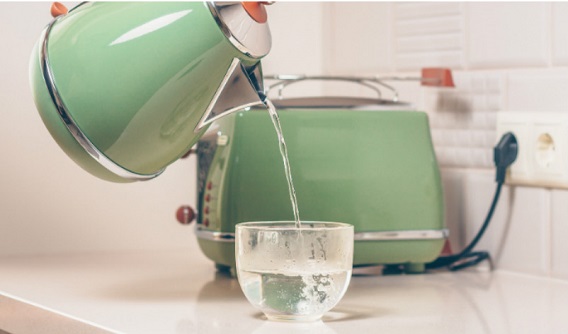 The Police is currently on the hunt for a woman identified as Justina Peter who is on the run after she allegedly poured boiling water on her co-wife, Iklima Musa in Plateau state.

The incident happened at Gindiri town in Mangu Local Government Area of the state. The victim is also currently receiving treatment at a specialist hospital in Mangu.

The police officer in charge (OC) of Gindiri Police outpost, Barnabas Zumji, confirmed the development; saying the police were waiting for the victim to recover; to get some information from her, also adding that the suspect, would be tracked and brought to book.

Speaking to a correspondent, the victim also said that the incident occurred on December 9, in their matrimonial house when she was trying to pack her clothes.

“By the time I bent down to gather the clothes;

”I didn’t know my co-wife was coming towards me with bad intention.

”I didn’t expect something of such because we have been separated after fighting on that day.

”As I was getting up, she poured the boiling water on me. So, I started screaming.”

Iklima called on the police to ensure that she got justice.

In other news, a 10-year-old girl, Suliya Abubakar; says she threw her 20-months old stepbrother inside the well to avenge years of cruel treatment.

The other suspects were paraded for offences ranging from armed robbery; arson; fraud; killing; also theft; as well as unlawful possession of firearms among others.