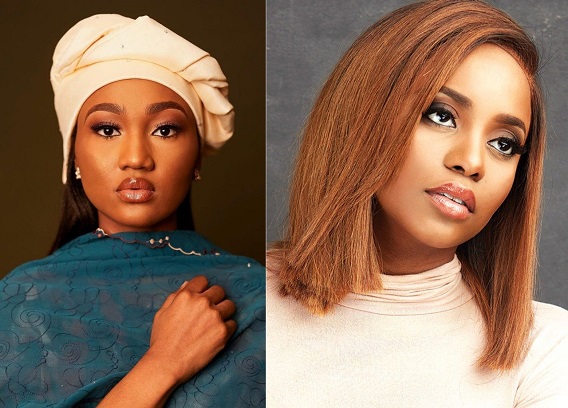 The daughters of President Muhammadu Buhari and the Vice-President Yemi Osinbajo on Saturday, October 10, lent their support to the #EndPoliceBrutality protest which seeks to stop police harassment, brutality and extrajudicial killings.

4wardwego gathered that Zahra Buhari posted an image of clenched fists on her Instagram status with the words, #EndPoliceBrutality.

In the same vein, the Vice-President’s daughter, Kiki Osinbajo, also posted the same photo on Instagram with the caption, “Police Brutality Must End Now… #EndPoliceBrutality #EndSARS.”

Nonetheless, many protesting youths told them to relay the message to their fathers directly; as this would be more effective than a mere social media post.

Thousands of youths have since Thursday been publicly protesting the excesses of the men of the Special Anti-Robbery Squad of the Nigeria Police Force.

The police outfit, which is originally mandated to tackle armed robbery, has in recent years been engaging in the arbitrary arrest of youths under the guise of tackling cyber-crime.

Meanwhile, President Muhammadu Buhari on Saturday, October 10, in Kaduna; expressed full confidence in the ability of the Nigerian Army to protect the territorial integrity of the nation; particularly in the ongoing war against terrorism, banditry and kidnapping.

In a statement, Garba Shehu, the president’s spokesman said Buhari made his feelings known at the Combined Passing Out Parade of the Cadets of 67 Regular Course and Short Service Course 46 (Army) at the Nigerian Defence Academy (NDA), Kaduna.

The president, who was the Reviewing Officer, said the loyalty and patriotism of service personnel must be sustained and strengthened; appealing to all Nigerians to uphold and project the unity of the country.

He assured that the Federal Government will increase manpower; and improve training to meet the changing dynamics of security in the country.

Buhari said: “Despite our obvious differences, we must strive to ensure that our actions; and utterances are aimed towards strengthening our democratic framework.

“We must subsume our personal and sectional interests; to the overall national aspirations of unity, economic prosperity and good governance.”