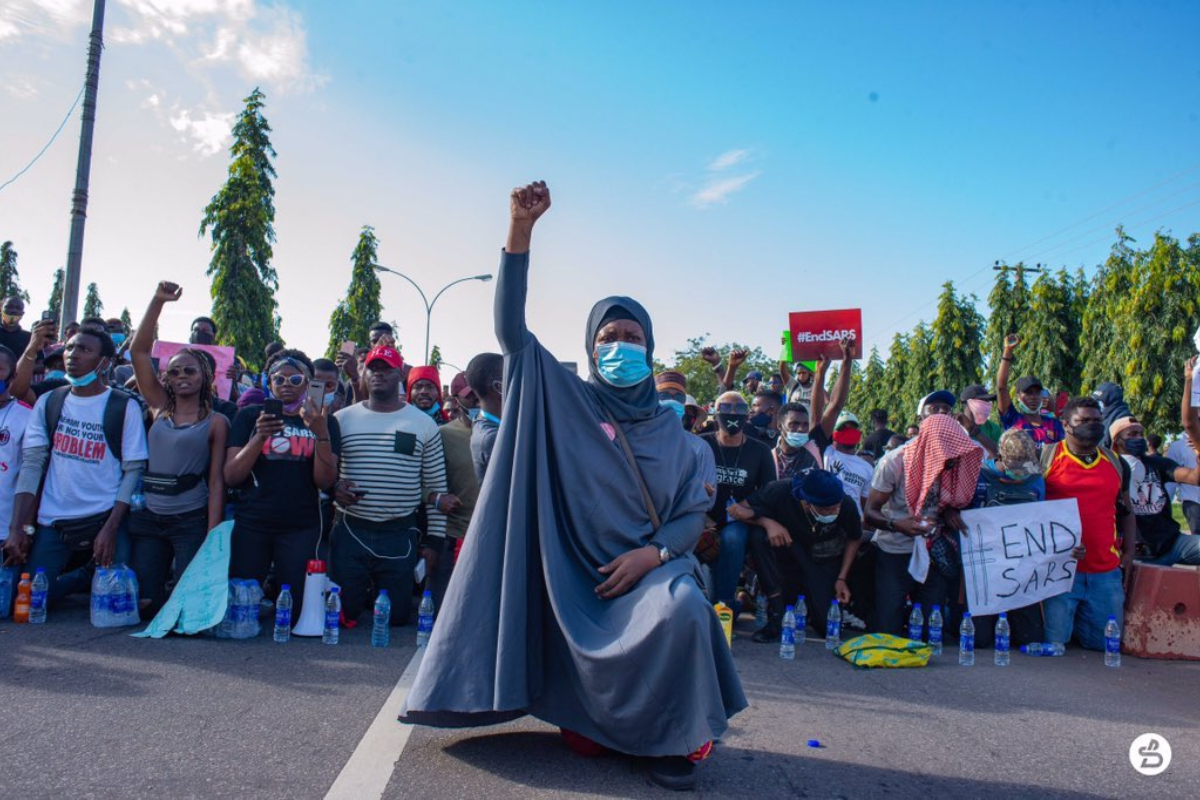 The Northern States Governors’ Forum has expressed concern that the ongoing #EndSARS protests have been taken over by hooligans, ethnoreligious bigots, and political marauders bent on destroying the country.

A communique signed by its Chairman and Governor of Plateau, Mr Simon Lalong, said Nigerians must unite against the “diabolical influencers”, and ensure peaceful coexistence in the country amidst the #EndSARS protests.

The communique was issued after the Forum’s meeting in Kaduna on Thursday, October 22, to review the current security challenges in the country.

The governors called on Nigerians “to resist these enemies of the nation by supporting Mr. President, the Federal Government, and democracy at large”.

“Forum also appeal to all citizens to restrain themselves from the unwarranted disposition of sentiments, harassment, and intimidation of other citizens resident in their home states.

“Also, the forum notes that all these are antics of the enemies of the country who are violently pushing for regime change outside the ballot box.

“Forum resolve to further intensify strategic engagements among different levels of stakeholders in our respective states.”

The forum urged all Nigerians to see themselves as equal citizens of the country, as the unity of Nigeria cannot be compromised.

The northern governors expressed worry and concern on why the #EndSARS protests have persisted in spite of the magnanimity of government and efforts being made at federal and state levels to put an end to the protest.

They condemned the incessant destruction of lives and properties and commiserated with the victims.

“Forum also notes the heavy presence of external influencers both locally and internationally and call on all citizens particularly community leaders and youth groups to be very vigilant and report the presence of such people to security agencies.”

The governors called for comprehensive and robust reforms in the Police Force to supports various initiatives put in place by the Federal Government.

They pledged to fast track such reforms in their respective states.

It called for a judicial commission of inquiry to investigate all levels of destruction and killings during the EndSARS protest.

The Northern governors urged greater synergy between states and the federal government in strengthening the unity, oneness, and overall development of the country.