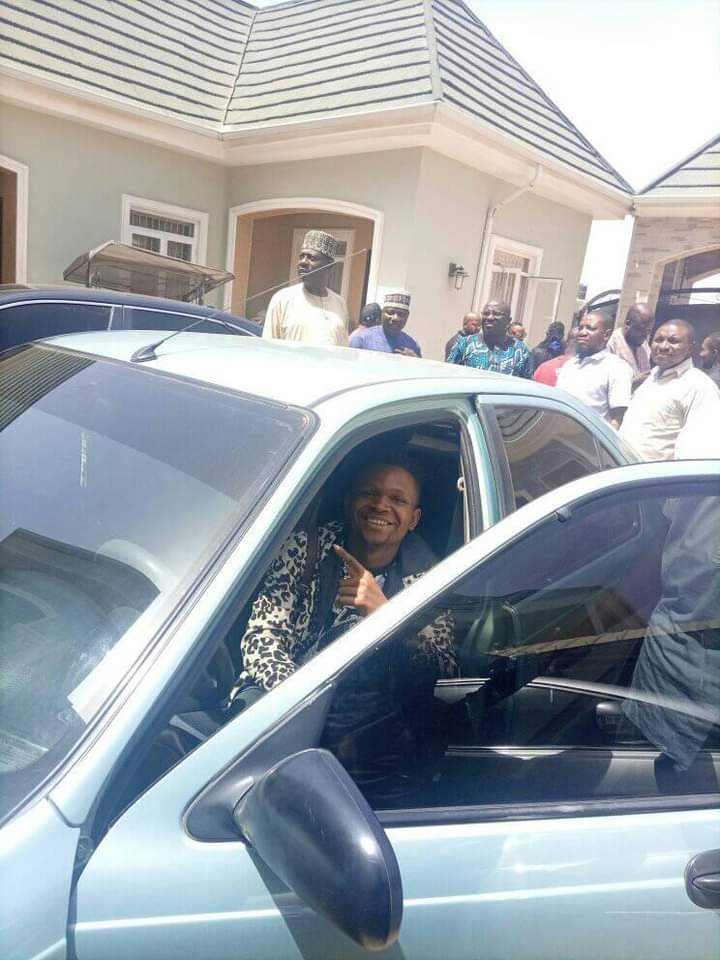 The House Member representing Pankshin/Kanke/Kanam at the Federal House of Representative, Hon Yusuf Gagdi gifted one of Jos based remarkable indigenous artiste G Tapzy a car followed with some cash during his performance in his bid to promote the creatives and Entertainment industry on the Plateau at the Plateau Social Media awards which took place at Elim Top Suite Hotel on the 5th of April, 2021

The house member, Gagdi also gave 1Million naira to all the artistes present at the award ceremony
The Plateau Social Media awards is an award organized by an NGO based in Jos which is headed by the incredible Munashat Alfred Makut aka Semo Da Black Czar with his amazing team.

Nominations took place online followed by the online voting which several prestigious individuals, organizations, Politicians emerged winners and the award was presented to them during the award ceremony.

The award ceremony took a different dimension and well commendable

Watch out for The Plateau Social Media Award 2022