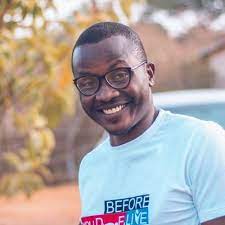 One of Nigerian vibrant and innovative Industrial Chemist, Jerry Doubles has developed a pigment that is capable of preserving farm produce for 30 days, saving farmers from suffering post-harvest losses.

Jerry Doubles is an Industrial Chemist by study, presently a farmer and also an advertising consultant based in Jos, with much passion for farming, Jerry see need to develop a pigment to aide rural farmers preserve their produce without the modern method of preservation which is a bit expensive and needs steady light supply to function properly.

Jerry dived into research, through much research work which he started since 2016 discovered a pigment which at the moment is capable of preserving farm produce for the period of 30 days and has no side effect.

In an interview, Jerry Doubles stated that as a farmer he was bothered by one pertinent issue which is preservation of farm produce, he realized that farmers lost a lot of farm produce after harvest and this post-harvest loses is huge. He did a little research online and realized that 48% of produce are lost after harvest before being consumed. So that pushed him to start looking for scientific ways to make these produce last long and make their shelf life a little longer than normal.

The new innovation earned him praises because as it is in the world, there is only one similar to this one, aside that, none recorded online. So it is a new and innovative idea, being that all other preservatives are chemically inclined but this is having a biological approach to it, preparing a pigment that is edible and consumable. In his statement, he thinks this is the part that keeps other researchers inquisitive about his innovation.

Furthermore, Jerry Doubles is open for collaboration and partnerships, especially research grants and funding. Without these, the idea will be stagnant and won’t spur as much as he want it to.

The young vibrant Industrial Chemist promised to go into more research and better synthesis. He would love to see this very new innovation solve even more problems by preserving all farm produce naturally in the near future.