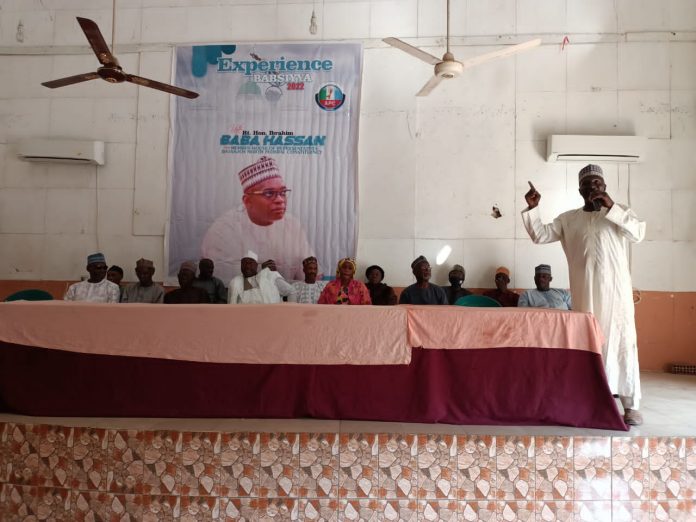 BANSIYYA Support Group call on the Member representing Jos North North in the Plateau State House of Assembly to contest for the seat of Member House of Representative Jos North/Bassa Federal Constituency in the fourth coming Bye-Election which date is yet to be announce by the Independent National Electoral Commission (INEC).

Since after the declaration of the seat vacant by the National Assembly on the 10th of November, 2021 following the sudden death of the member late Haruna Maitala, interested parties from different political platforms have been eying the seat

The BANSIYYA support group gathered in support of the longest serving member in the Plateau State House of Assembly and former Deputy Speaker Ibrahim Baba Hassan calling on him to contest the seat.

“We try to see reason why we are here, we here in support of RT. HON Ibrahim Baba Hassan, with the aim to give all the necessary support, time and money to see he emerge in the contest of Member House of Representative in Jos North/Bassa Federal Constituency” –   Sabo Ibrahim Kebur, Representative of BANSIYYA Support Group

He further noted that the group had observe with kin interest the antecedent of the member who was elected “four times” representing Jos North North in the Plateau State House of Assembly, adding that it is time for him to move forward.

Some members of APC from the constituency also added their voices calling for the member to listen to the call of his people believing in his vast experience and commitment in the legislative matters.

All eyes are now on The Independent National Electoral Commission (INEC) to fix a date for Jos North/Bassa Federal Constituency Bye-Election.