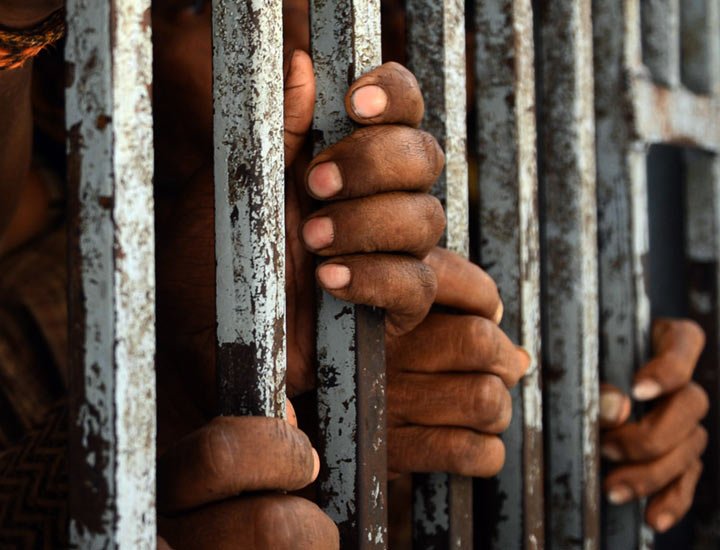 About nine inmates who escaped during the attack on the Nigeria Correctional Centre facility in Owerri, Imo State, have been re-arrested in Ghana.

Reports in Ghana monitored by 1st News indicate that the inmates were apprehended by the Ada District Police Command in the Greater Accra Region.

The arrested men are suspected to be part of over 1,800 inmates that escaped from the Imo State Correctional earlier this month. The fleeing inmates were said to have been monitored, following credible intelligence that they were about to cross the Volta River into Ada Foh on Sunday, April 18. They were eventually tracked to an area known as Clinic Junction Lorry Station; from where they were arrested in a Sprinter bus with registration number, ER 1657-14.

They have been handed over to the Ghana Immigration Service in Tema to assist with investigations.

Imo State recorded one of its biggest security breakdown earlier in April when gunmen attacked the Imo State Police Command headquarters. The gunmen had proceeded to raze some vehicles parked at the command headquarters. Furthermore, the hoodlums had released suspects in almost all the cells at the State Criminal Investigation Department.

Thereafter, they had proceeded to the Correctional Centre and freed more than 1,800 inmates.

The gunmen had operated unopposed for more than two hours; with reports claiming that they had asked all prisoners to leave as Jesus Christ had risen. The incident had taken place around Easter.

Subsequently, a massive manhunt had been launched for the fleeing inmates; with authorities in Imo State and the Correctional Service enlisting the help of the International Criminal Police Organisation (Interpol). Mug shots of the fleeing inmates had also been released.