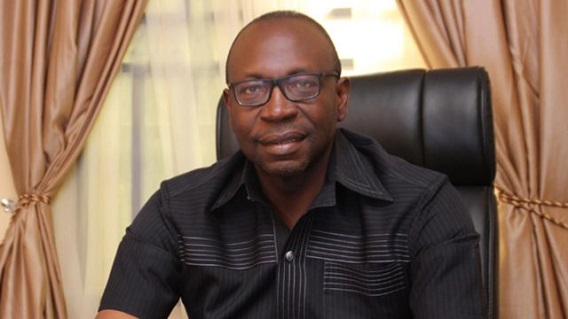 The All Progressives Congress (APC) governorship candidate in Edo State, Osagie Ize-Iyamu, on Sunday, September 20, stated that he would soon make public his next line of action.

Ize-Iyamu made this disclosure on his Facebook page in reaction to the declaration of Governor Godwin Obaseki as the winner of Saturday’s election by the Independent National Electoral Commission (INEC).

1st News had reported that Ize-Iyamu scored 223,619 votes while the governor garnered 307,955 votes to secure another four-year term in office.

However, the APC candidate said he was still studying the results of the election.

He thanked the people of the state for their support and alleged that many of his supporters were disfranchised.

Ize-Iyamu wrote: “I hereby thank and appreciate my teeming supporters, who have had to endure many evils including being prevented from exercising their franchise, for their support and determination during the election process.

“I assure you all that I am studying the results along with other party members and will announce the next line of action soon. God bless you all.”

Meanwhile, the National Consultative Front (NCFront) on Sunday, September 20, commended stakeholders for peaceful and credible Edo gubernatorial election, applauding the security for its neutrality and professionalism.

The nonpartisan group, which commended the security for visible neutrality and professionalism in preventing thuggery and attempted malpractice in some polling units, advised the officers not to rest on their oars.

According to the group, more are still expected from the Independent National Electoral Commission (INEC), on logistics and in the conduct of some political parties and their agents.

The group said that party agents were expected to be more adherent to subsisting electoral ethics and rules, which forbade voters’ inducement, vote-buying, thuggery and violence during elections, ballot snatching and stuffing.

It said that the political parties should always exercise respect for the Peace Accord their parties and candidates signed before elections.