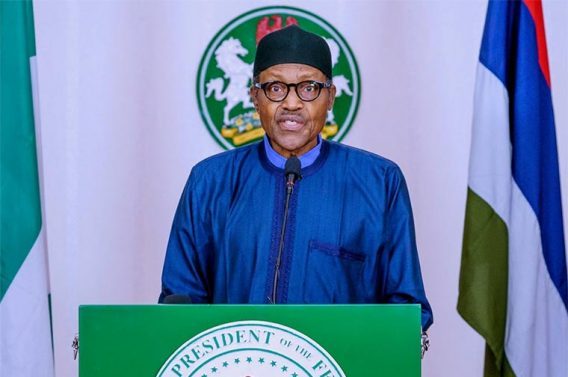 President Muhammadu Buhari, on Sunday, September 20, has congratulated Edo Governor, Godwin Obaseki on his re-election for a second term at the helm of affairs in the state.

Buhari offered his congratulations in a statement signed by Senior Special Assistant to the President on Media & Publicity, Garba Shehu, urging him to continue to show grace and humility in victory.

The President also commended the election process in the state, reiterating the government’s commitment to free and fair elections.

“I have consistently advocated for free and fair elections in the country; because it is the bedrock of true democratic order.

“Democracy will mean nothing if the votes of the people don’t count or if their mandate is fraudulently tampered with.”

4wardwego had documented the events that led to the eventual victory of Obaseki against Ize-Iyamu.

Both men faced each other in 2016, albeit with Obaseki flying the flag of the APC; and Ize-Iyamu flying that of the PDP.

A political rift between the governor and Oshiomhole which spiraled beyond the state to national politics, saw both men switch parties; and square up against each other on platforms they once criticised.

The campaign, characterised by drama and controversy that did not spare the State House of Assembly; was tempered by the intervention of the Oba of Benin to calm fears that the poll could turn violence heightened.

A peace accord was also signed by all the candidates days before the poll as stakeholders made concerted efforts to ensure a successful poll.

Overall, most of the stakeholders rated the exercise as largely peaceful, free, and fair.