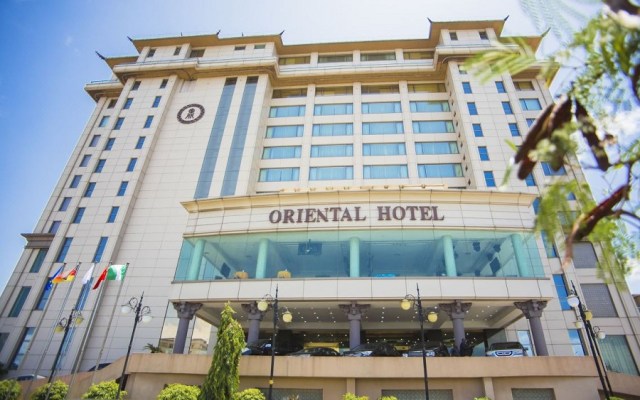 The Western Metal Products Company (WEMPCO) Group, owners of Lagos Oriental Hotel, on Wednesday condemned attacks on its facilities during the violence that accompanied #EndSARS protest in the Lekki area of Lagos.

Mr Taiwo Alli, Executive Director, Corporate Affairs, WEMPCO Group, in a statement in Lagos; said the firm formally acknowledged there was an attack on its property by hoodlums who hijacked the peaceful protest.

Alli said that the facilities were attacked when hoodlums armed with guns, knives and bottles, forcefully gained entrance; assaulted some of its security personnel and damaged property.

“Unidentified individuals, whose motives remain unknown to us, have gone to town with a rather unfortunate narrative; claiming that the Lagos Oriental Hotel is the investment of politicians, thereby exposing it to unwarranted attacks.

“Lagos Oriental Hotel is owned by the WEMPCO Group with 99% shareholding. The WEMPCO Group of Companies was founded by businessman and entrepreneur, Mr K. F. Tung over fifty (50) years ago.

“The Lagos Oriental Hotel is a flagship in the Nigerian hospitality business. But it’s not a flagship of the WEMPCO Group. It is an investment made by the group in 2008, but not part of their core manufacturing business.

“At present, WEMPCO Group provides jobs for over 25,000 young Nigerians, affording them the opportunity to earn a living and gain useful experience. It is, therefore, unfortunate the attempt to disrupt our business and tarnish our image, painstakingly built over the years,” he said.

Alli quoted the Managing Director, Mr Lawrence Tung, as saying that like other responsible businesses operating in Nigeria; Lagos Oriental Hotel was hopeful there would be an end to cases of injustice identified in the country.

“It is, however, important to protect our businesses from unwarranted attacks by individuals who may not be aware of the facts around our existence.

“We are fully cooperating with the authorities in their investigations into the remote and immediate causes of the incident that occurred on 20th, October 2020.

“We assure our numerous clients and partners that we are working to ensure that normalcy returns to the hotel,” Tung was quoted as saying.

Meanwhile, the #EndSARS protest in Lagos took another dimension on Tuesday evening; when soldiers allegedly shot protesters defying curfew at Lekki Toll Gate. The development escalated into violence in Lagos. Further, it led to massive destruction of public and private facilities and vehicles.