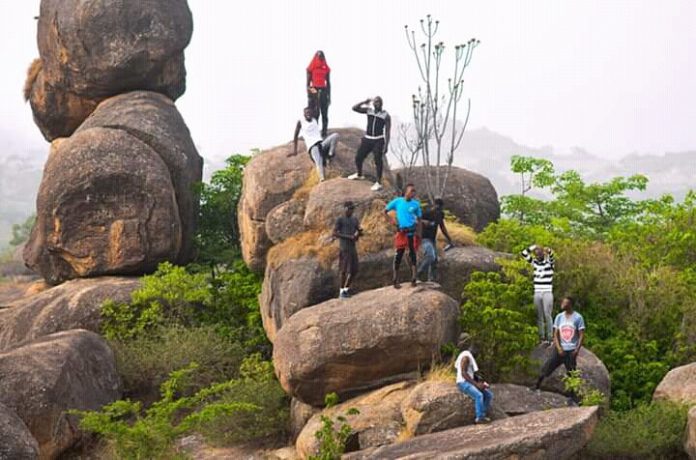 Reports making the rounds have it that about 13 youths who went on hiking in Jos Plateau were wrongfully arrested and branded as kidnappers on Saturday 13th August 2022.

The Plateau state command of the Nigerian Police Force reportedly arrested 13 youths that went for their routine weekend hike at a hill around ECWA Staff School, Jos with reports of no incriminating item or weapon found, even when they told the police they were residents of the area and were ready to take the police to their houses, their pleas fell on deaf ear with the police saying where they went to hike was a black spot.

They were detained since Saturday afternoon despite the fact that nothing incriminating was found on them, they were then charged to court and later ordered to be remanded in prison and the case adjourned to September 19 for hiking.

Speaking to an eye witness:

Prior to their arrest, eyewitnesses say that a resident within the community was kidnapped on Thursday (August 11, 2022) hence the alleged “distress call” that led to the arrest of these hikers. Sources tell us that even after they were searched, no incriminating weapons were found. “We involved Bello Lukman, a Journalist with Unity FM Jos who went to the station. When he asked the Police what the charge against them was, they said that there was no charge and nothing incriminating was found on them even after their houses were searched,” a source close to the matter whose identity has been hidden to avoid victimization said.

However, these youths have now been charged with “criminal conspiracy, assembling for purpose of committing brigandage an unlawful society”. On Monday (August 15, 2022) the case was transferred to the State Criminal Investigation Department, Jos (SCID Jos) for prosecution, according to documents seen by Jay FM. The case has been adjourned to September 19, 2022, and bail was not granted to these hikers who have currently been reprimanded at the Jos Prison.

Being hikers doesn’t completely exempt one from committing a crime, but this was not the case here. We spoke with Tony Brown Ndukwe, the caretaker of the compound at Down Base around ECWA Staff School Jos where these 15 hikers reside. “The hike was planned by members of the compound, in fact I was supposed to join them but I had some delays on my end,” he narrated.

According to Ndukwe, the “distress call” was made by local vigilantes in the community—”It is surprising because these vigilantes know these guys,” he said.

The particular spot of the hill which has been alleged to be a “black spot” is a popular hiking spot in the community. Prior to this hike, other groups of young people have used it for recreational and religious activities. Ndukwe added that there has not been any informal or formal notice banning persons within/outside the community from using the hill for recreational activities.

Police warrants are not required for recreational hikes in Jos

Ephraim Freezle, a Jos-based Tourism Consultant said that “It is not necessary to have a police warrant before going for hikes. However, it’s important for organizers to carry out a security survey of the location majorly to boost the confidence of the hikers.”

Freezle further stated that hiking has been used as a tool to unite the “polarised Jos metropolis”, the diversity in the ethnic and religious affiliations of these 15 hikers that have been wrongly arrested underscores this submission. “Criminalising hiking will affect the peace-building process and the growth of tourism in the state,” he added.

For youths living in Jos, Plateau state, hiking is a usual activity every weekend, in fact, some youths have created hiking communities—such as the #JosHikeIt that allow them to not only hike within their localities but travel to other tourist attractions in the state.