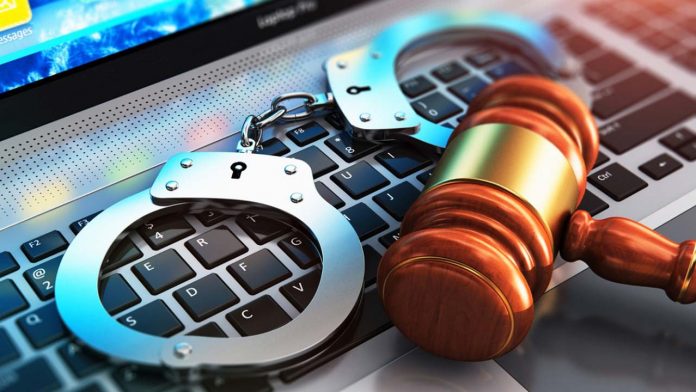 A police officer, identified as Haruna Yusuf, has been arrested for allegedly stealing and selling a pistol belonging to the former Station Officer in charge of Omu Aran Divisional Police Station, Ehigimetor Ileso, to suspected cult members in Kwara State.

The police operative, 38, works as a traffic officer.

Equally important, the incident resulted in the dismissal and subsequent death of the former Station Officer who owned the pistol.

Yusuf was arrested by operatives of the Inspector-General of Police Intelligence Response Team (IRT) in Osogbo, the Osun State capital. His arrest came in the wake of  a report that some suspected cult members were coming from Kwara State to unleash mayhem in Osun State. Also arrested was Tajudeen Olalekan Hammed, Chukwudi Eze, Alebo Elijah, Alebo Israel, Abimbola Olaonipekun and Olarinde Abiodun.

Speaking with newsmen while being paraded, Yusuf, however denied stealing the pistol.

‘‘I have been serving in Kwara State since I was enlisted. I was first posted to Omu Aran Division and later transferred to other Divisions in Kwara, but I am now back in Omu Aran.

I didn’t steal it (the gun). But I don’t know what came over me. I saw the pistol at the mosque. I can only say that I am sorry. Out of the two arms that I sold to him, one belonged to the Omu Aran Divisional Police Station, while the other one was locally-made.

‘‘The one that belonged to the Division, I saw it outside the mosque behind the police station.

“I didn’t know that it belonged to the SO. It was about three years ago. I got a locally made pistol in Benue State. The person who sold it to me is dead now. We went for burial and he was talking about selling it and somebody directed him to me. I bargained with him and bought it from him.

“When I picked the gun, it didn’t occur to me to take it to the station; despite the fact that I knew that it was not valuable to me. I didn’t know that I was going to be using it because I don’t know what actually came over me. I mistakenly sold the gun.

‘‘Also, I have never been involved in any selling or stealing of gun before. The SO is late now. Later, I heard that the Division was looking for the gun. I was afraid to recover it and hand it over to the armourer.

“I sold the guns to a Disk Jockey ( DJ) in my area. He has a shop around Traffic Junction in Omu Aran, where I served. I didn’t know that he was a cult member. I sold the locally made pistol to him at N25, 000 and the English pistol at N47,000.”

Probed on his reaction when the deceased SO was being tried for the missing pistol, Yusuf denied being aware that the SO was arrested.

“I feel very sorry. When the trial process was going on,  I was not at the Division,”  he stated.

Osun State Commissioner of Police, Wale Olokode, who confirmed the arrest of the police sergeant and the cult members to newsmen, listed, one police beretta pistol, one locally-made revolver pistol, two locally fabricated pistol, one local cut-to-size short gun, 11 live cartridges, five knives, three battle axes and one cutlass as some exhibits recovered from the gang.