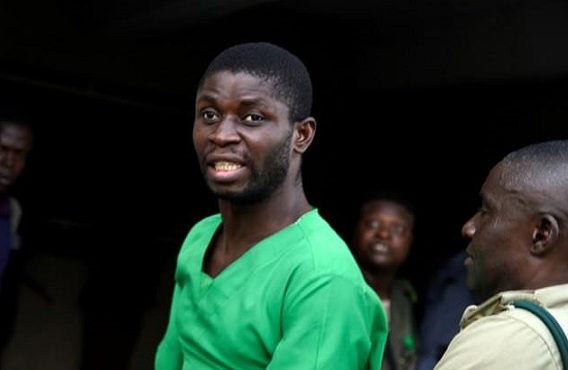 A High Court sitting in Port Harcourt, Rivers State, on Friday, October 10, issued the verdict of a death sentence by hanging to the serial killer, Gracious David-West.

Mr David-West was charged for the murder of several young ladies in different hotels around Rivers State.

The court convicted the killer based on pieces of evidence which also suggests that David-West had a signature of strangling his victims to death.

Consequently, the 40-year-old was arraigned on a ten-count charge of murder and attempted murder.

Trial Judge, Justice Adolphus Enebeli based his judgment on the voluntary statement and also confession of the culprit; as well as the CCTV footage of the convict which was tendered and displayed during the trial.

According to the Judge, all the evidence and statement obtained pass for valid proof that Mr. David-West is guilty of the crime which was carried out between the 30th of July and September, 2019.

The Rivers court also discharged and acquitted the second defendant, Nimi Thank-God who was accused of dumping the remains of one of the victims killed in a dustbin.

Justice Enebeli said the prosecution counsel failed to prove their case that the accused actually committed the crime.

Addressing newsmen outside the courtroom; counsel to the convicted; Vincent Chukwu said his client will try the judgment at the higher court.

The Rivers state prosecution counsel, Chidi Eke who welcomed the judgment said this would serve as a deterrent to all those involved in such an act.

Counsel to Nimi Thank-God, the second defendant in the matter expressed happiness over the judgment that exonerated his client.

Meanwhile, in the wake of the #EndSARS protests, President Muhammadu Buhari on Friday evening, October 9; called for restraint as protests against brutality; and extortion by operatives of the Special Anti-Robbery Squad (FSARS) intensified in many parts of the country.

Buhari made this appeal via his Twitter handle; revealing he had directed the Inspector-General of Police, Adamu Mohammed, to reform the FSARS.

The IGP had earlier briefed the president on the matter at a meeting held at the Presidential Villa, Abuja.

Buhari tweeted, “I met again with the IGP tonight. Our determination to reform the police should never be in doubt. I am being briefed regularly on the reform efforts ongoing to end police brutality and unethical conduct; and ensure that the Police are fully accountable to the people.”