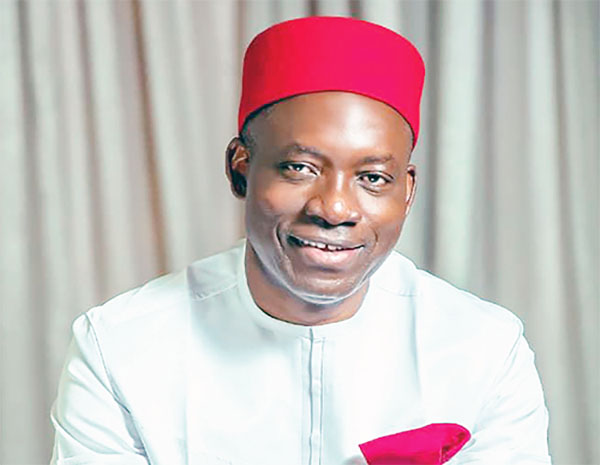 Professor Charles Chukwuma Soludo, Anambra State Governor-elect, is facing the prospect of disqualification, with an Abuja court set to deliver judgment in a suit filed before it on his candidature.

4wardwego Blog reports that a Federal High Court in Abuja has fixed Tuesday November 30, 2021 for judgment in the suit challenging the qualification of Prof. Soludo; as well as his Deputy Governor-elect, Onyeka Ibezim, to contest the recently held governorship election in the state.

The suit, marked FHC/ABJ/CS/711/2021, was filed by Egwudike Chukwuebuka and Valentine Adindu. Specifically, it claims that Soludo filed false information in an affidavit (Form EC9) submitted to the Independent National Electoral Commission (INEC). It noted that Soludo swore in the affidavit that he was contesting the Aguata 2 Constituency seat when he was, in actual fact, contesting for the Anambra governorship seat.

Consequently, the plaintiffs have prayed the court to disqualify the candidate of the All Progressives Grand Alliance (APGA).

Mentioned as defendants in the suit are INEC, APGA, Soludo and Ibezim.

Counsel to the plaintiffs, A. O. Ijeri and Kelvin Okoko, argued that having indicated the wrong seat he was contesting; Soludo supplied INEC with false information, violated extant legal provisions and should, therefore, be disqualified.

“The constitution has made a state a constituency in relation to the governorship election.

‘‘But in this case, the third defendant (Soludo) named Aguata 2 as the constituency he is contesting. The cause of action in a pre-election matter, by the provision of Section 285(9) of the Constitution; is determined by the date of the occurrence of the event; a decision or action complained about in the suit by the plaintiff.

“There is evidence that INEC received the submitted Form EC9 on July 6th 2021,” the counsel held.

4wardwego Blog reports that the suit represents the first hurdle to be faced by Soludo after emerging winner of the Anambra governorship election. The APGA candidate had claimed a landslide victory; winning in 19 local government areas of the state and scoring 25% in all the 21 LGAs.