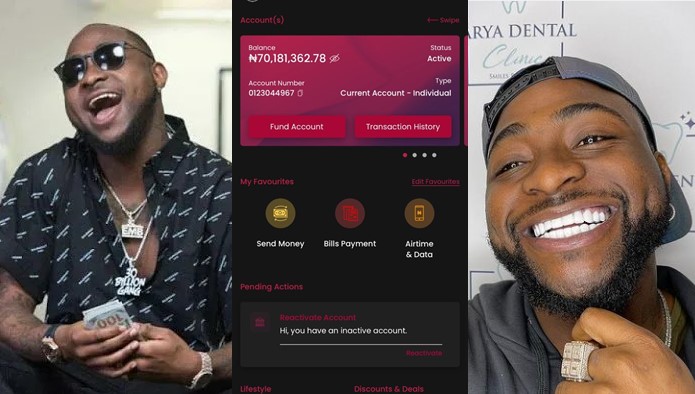 Wema Bank reportedly arranged a meeting with Nigerian superstar Davido; after his bank account was hit with millions from fans and celebs; ahead of his birthday on November 21. The serial hitmaker and music executive had earlier announced; that anyone who has listened to his hit song should send him cash; after which he posted his account details online.

What started off as a joke became the mega day for the singer after he started receiving millions of naira from several people.

He had claimed he would use the money to clear his new Rolls Royce from the port. “If u know I’ve given you a hit song .. send me money …. una know una selves oo,” Davido tweeted.

As of press time, the singer had received over 70 million naira in his account.

Beyond that, Davido said Wema Bank had invited him for a scheduled meeting over his huge money.

Away from that, a man of God has predicted Shatta Wale’s future despite the warning issued by the police administration spearheaded by the newly installed Inspector General of Police (IGP) Geroge Akuffo Dampare. Well, the twist to this report is that this prophet did not make a doom prophecy which forms the basis of the warning directed at prophets in the country to desist from causing fear and panic they clothed as prophecies.

In a video sighted on Instagram, the unnamed pastor stated confidently that the multiple award-winning artiste who recently had a brush with the law owing to his fake gun attack is destined to become a pastor. He also added that Wale’s recent incarceration was just designed by God to fulfill his will; and that very soon he will mount the pulpit to preach the gospel.