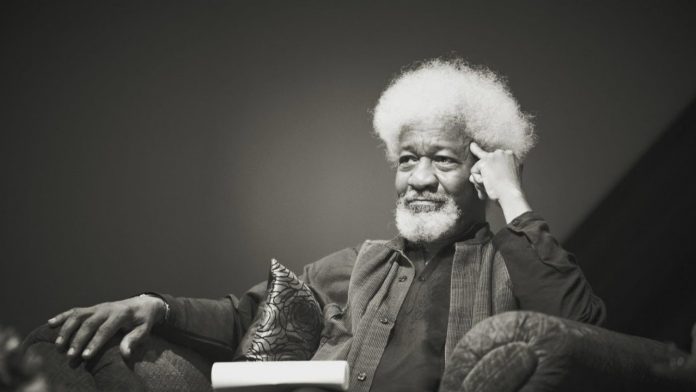 The renowned Nobel Laureate, Wole Soyinka, has berated the Nigerian Broadcasting Commission over its harassment of Channels TV and its journalists for the airing of an alleged anti-Buhari interview involving the Benue State Governor, Samuel Ortom.

However, in his reaction during a journalists conference on Friday, August 27, Soyinka slammed the move by the NBC which is akin to “a media war.”

“Who decides professionalism? Is it NBC or mass communication fora? It is Channels TV; it can be anyone. This is the first time I am seeing a kind of query the media is getting. This is one of the most semi-illiterate queries that I have ever seen. Next time, those letters should be thrown into the garbage bin. This should be stopped as soon as possible.

“Decree Number 4 has no place in a democracy and it is about time we emphasise that both in language and in the act,” he said.

The Nobel laureate also criticised last Saturday’s carnival-like wedding of President Buhari’s son, Yusuf, in Kano, saying it was wrong to have organised the wedding in that manner when some school children were in the kidnappers’ den.

Soyinka said: “There was a carnival of a wedding in Kano; the president’s child was getting married. But some schoolchildren are kidnapped. This is not what I understand of leadership. I am not saying the president’s children should not get married. I had made the mistake of thinking it would have been sufficient to give these children money and say go to Dubai and have a good time there.

“He should set an example. The president seems not to hear things. Virtually the nation is screaming we do not want open cattle grazing. Then comes a new version of RUGA with the president sending his agent out to go and map out grazing routes. So, why is this president obsessed about something that is being rejected?

“The obsession to the extent that people who are rational begin to wonder if it is all about cattle or there is an agenda we don’t know about. Conspiracy theories abound when the leadership is pursuing interest against the people.”