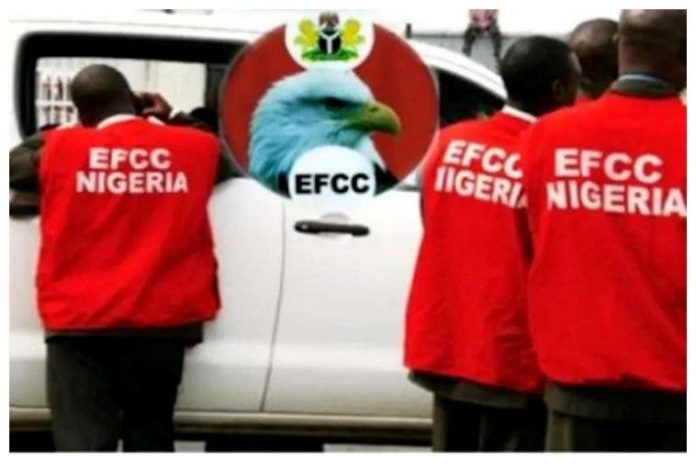 Disclosing this in a terse statement made available to the press on Thursday, the EFCC said two of the arrested suspects run Internet Fraud Coaching Centre (a.k.a HK) in Benin City.

The yahoo school owners, Osagie Ogiemwonyi and Onukwugho Favour and seven of their “students” were; arrested at their centres following actionable intelligence worked upon by the Commission, the EFCC said.

Items recovered from the suspects according to the Commission include; a Mercedes Benz GLK, Lexus 350, phones and laptops.

The prosecutor, DSP Kehinde Ajayi, said the second and third defendants obtained; the sum of N400,000 from one Enobong Idiong with the promise of repairing his vehicle.

The second defendant was; however, accused of unlawfully converting three wristwatches and a cabin container found in the car to personal use. The value of the property was; N19.7 million

The first defendant was said to have; received the stolen vehicle from the three other defendants.

The defendants pleaded not guilty to the charges.