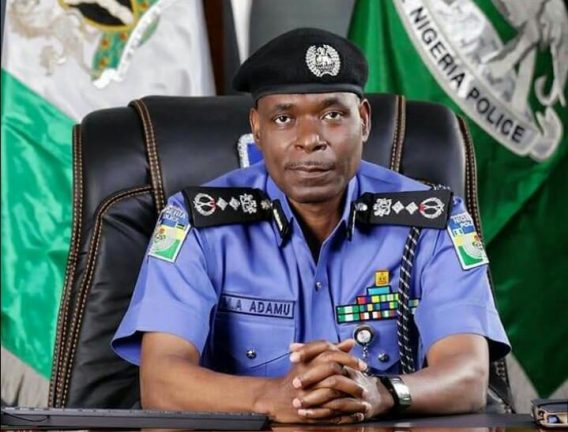 The Inspector-General of Police (IGP) Mohammed Adamu has allegedly ordered the withdrawal of police officers attached to influential Nigerians and other Very Important Personalities (VIPs) in the country in the wake of the #EndSARS protest which has degenerated into a near breakdown of law and order.

The development comes in the wake of the shooting of unarmed protesters at the Lekki tollgate on Tuesday, October 20.

Equally important, 1st News gathered that the withdrawal of police officers from VIPs came via a signal from the IGP. The signal was issued on Wednesday, October 21. Specifically, the directive was issued to zonal police commands across Nigeria. The directive is expected to take immediate effect.

Meanwhile, all withdrawn police officers are expected to report to their respective commands.

Further findings by 4wardwego indicate that only police officers attached to Government houses; as well as the Senate President and Speaker of the House of Representatives are exempted from the directive.

The IGP has also warned that commanders who flout the directive will face swift sanctions. He added that any police personnel found guarding any VIP with or without firearms will be deemed to have been deployed by his commander; noting that the commander found culpable will face the consequences.

The development has caused concerns in certain quarters; especially in view of the violent turn that the #EndSARS protests have taken. The withdrawal of the police protection, it is believed, will further leave a number of influential Nigerians vulnerable and open to the wave of violence and pillaging that has been witnessed in recent days.

Before the shooting of unarmed protesters in Lekki on Tuesday, there were indications that the #EndSARS agitations had been hijacked by miscreants, many of whom had embarked on violence and looting of properties.

Consequently, a number of state governments had declared 24-hour curfew in order to stem the violence.