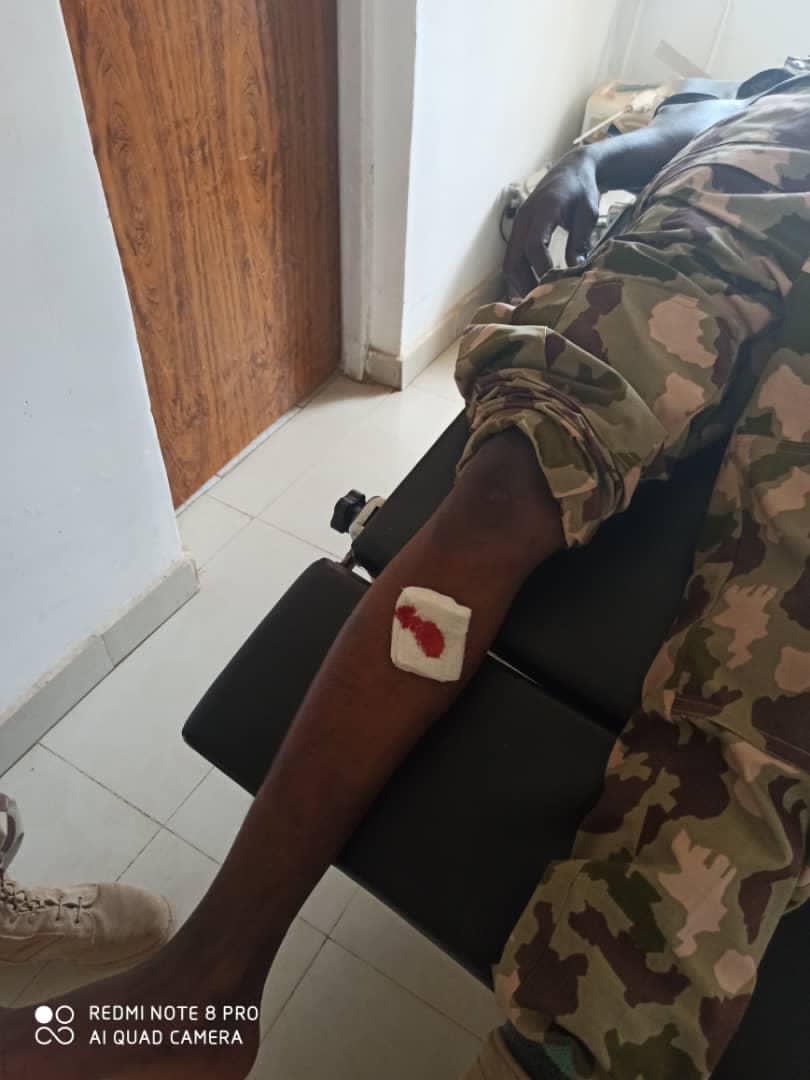 A coalition of civil rights group has flayed the shooting and wounding of a soldier attached to Operation Safe Haven, a military outfit in Plateau State by aggrieved Plateau local government workers protesting non implementation of minimum wage at the local level in the state.

The group under the auspices of Coalition of Civil Rights Group of Nigeria said the resort to violence by some of the protesters, resulting to the shooting of the soldier today,at the state secretariat, was against the spirit of the protest.

The coalition, in a statement by its national coordinator, Dr Arin Izan and secretary, Mrs Esther Pam, respectively, said it condemned in strong terms the shooting and wounding of the soldier, an Army Lance Corporal by the protesters.

“We condemn in the strongest terms the shooting and wounding of an Army Lance Corporal attached to Operation Safe Haven by the protesting staff of local government councils in Plateau State at the state secretariat today Monday, January 4,2021.

“This senseless act is a further confirmation that politicians and hoodlums have truly hijacked the protest as earlier stated by (some concerned Local government staff in a statement earlier), and there is a need for government and security agencies to take drastic action because this desperate and selfish act may plunge our state into another round of violence,” it said.

According to the rights group,”It is so obvious that local government area workers’ protest has been hijacked by self-seeking politicians to destabilize the peace and tranquillity in Jos.”

“We understand efforts are ongoing to resolve the issues involved with relevant stakeholders, however some of the local government workers; obviously sponsored by some politicians have remained adamant and preferred to protest.

” They prevented state government workers from gaining access into their offices in the state secretariat for the last three weeks, in December,2020,”it recalled.

The coalition said:As at today, January 4,2021, we saw protesters numbering about 3,000, trying to gain entrance into the state secretariat, but troops of Operation Safe Haven, men of the Nigeria Police as well as other security agencies already deployed to forestall any breakdown of law and order intervened to forestall breakdown of law but unfortunately, some of the protesters went violent trying to forcefully gain entrance and harassing innocent citizens.”

“A shot from the crowd hit one soldier attached to Operation Safe Haven and he was wounded. It is obvious that hoodlums have infiltrated the group,” it added.

The Coalition of Civil Rights Group of Nigeria further noted with regret that:”It is unfortunate that some people will be hell bent on disturbing the peace and tranquillity of Jos at the beginning of the year like this when most people are trying to put their lives together to face the new year.”

“We urge government and security agencies to do the needful and prevent these self- seeking politicians from having their way. They do not in anyway, mean good for the workers they pretend to be supporting,” it said.

“We further urge the security agencies to prosecute the protesters arrested today.