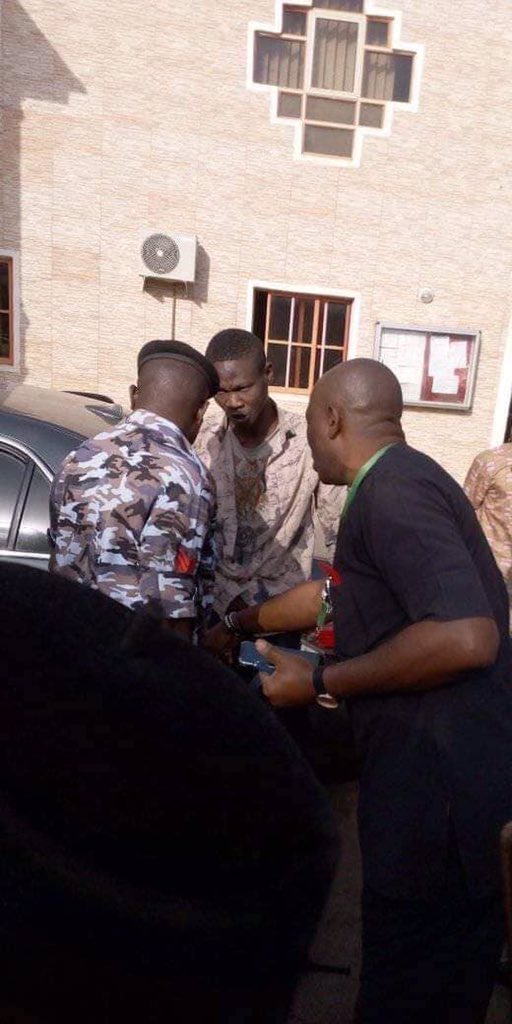 A suspected suicide bomber has been arrested today, Sunday February 2nd, 2020; in Living Faith Church also known as Winners’ Chapel in Kaduna State. The church is located in Sabo in the southern part of Kaduna metropolis. The middle-aged man was nabbed with some explosives.

Equally important, the identity of the suicide bomber is yet to be ascertained.

Investigations reveal that the suicide-bomber was found in the church’s toilet while trying to detonate the bomb. Subsequently, he was quickly apprehended by the security agents stationed at the church. The alleged suicide bomber was then promptly whisked away by security operatives.

Furthermore, a source revealed that the church was then evacuated as a result of the incident.

Here is the moment the suspect was whisked away.

Although details of the incident are still emerging; there are indications that the alleged bomber may have ties to the dreaded Boko Haram sect.

Indeed, Boko Haram has waged over a decade long insurgency against the Nigerian government. The insurgency has resulted in the deaths of several thousands. Also, it has rendered millions homeless in Nigeria’s North-East which has remained the hotbed of the crisis.